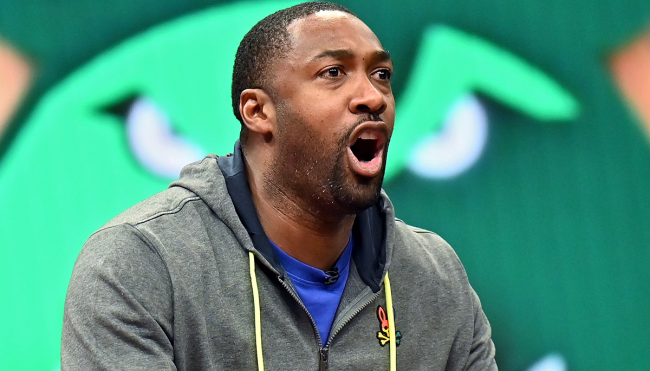 Most NBA players live a life of elevated stature in every sense of the phrase, so while they may occasionally run into the various issues that come with being significantly taller than the typical person, they tend to have proportionally oversized bank accounts they can harness to address those issues.

For example, trying to find a car that can accommodate your large frame is a bit easier when you don’t really have to worry about your budget. Compared to other players, Gilbert Arenas may have more options to choose from when you consider he’s “only” 6’4″, but I imagine roominess played a role in his decision to purchase a Maybach concept he recently showed off to Richard Jefferson.

However, as he revealed while giving a tour of the one-of-a-kind van, he did run into a bit of a setback when he attempted to familiarize himself with its controls only to discover a fairly significant hurdle that’s hampered its ability to operate it: the entire technological interface is in Chinese.

Based on what he had to say, it would appear Arenas was aware of the problem prior to adding the ride to his collection, saying “It was either be one-of-one with Chinese and not understand anything they’re saying or let someone else get it.”