Gilbert Arenas Calls Out Steph Curry For Coming Off Of The Bench, Makes Brutally Honest Admission 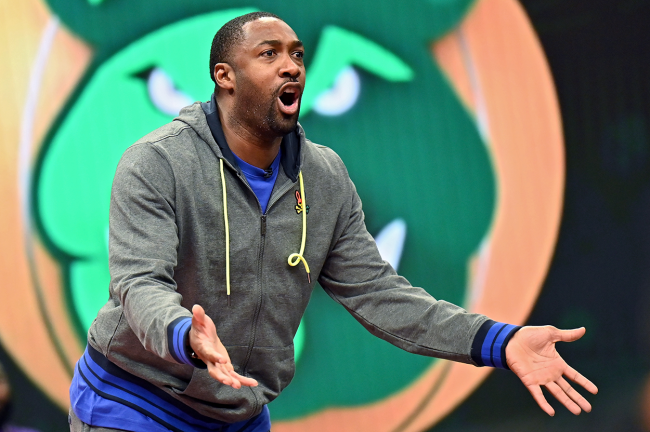 After suffering an injury toward the end of the regular the season, Steph Curry is continuing to work back up to a full workload. As a result, the greatest pure shooter of all-time is coming off of the bench as a sixth man for the Warriors in the playoffs.

Curry has been open to the role while he continues to get healthy and Jordan Poole has stepped up significantly in his absence. Golden State has a 3-1 series lead over Denver, so clearly it has not been an issue thus far.

Despite how it has worked out, former three-time NBA All-Star Gilbert Arenas doesn’t understand why Curry is so willing to stay out of the starting lineup. He recently spoke about whether he would come off of the bench in the same way.

And he wasn’t done there. Arenas was more than willing to back up his comments and call it how it is.

An Instagram comment said that while Curry cares about winning, Arenas was only cared about himself and his own personal success. In response, the 40-year-old, retired guard was not afraid to admit that to be true.

His second one-word answer was simple. “Exactly,” he commented back.

Although you have to appreciate the honesty, the bench role is working out just fine for Curry. His team is winning and he averaged 27.3 points off of the bench through the first four games of the first-round series.

Arenas doesn’t care. He would never warm the bench.