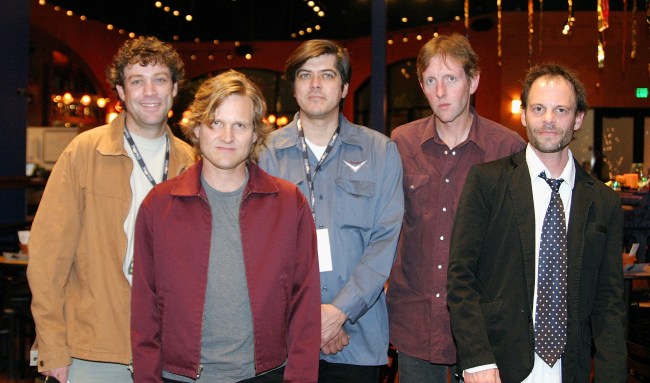 You are a grown human in charge of your own life, but if I were to offer one small piece of advice, it’d be to steer clear of confronting anyone with a 602 area code until further notice, either physically or digitally.

At this point, it’s difficult to argue that God is a Suns fan and any infidel who chooses to oppose His plan will suffer a public flogging so severe, it will make Cersei’s walk of atonement look like a leisurely stroll on the beach.

If you needed further evidence of this, Tempe, Arizona natives and early 90s pop-rock band Gin Blossoms are happy to oblige.

The digital homicide occurred on Twitter Tuesday night when the Hey Jealousy rockers announced they’d be performing at halftime of Game 2 of the Western Conference Finals.

Who’s coming out to the @Suns game tonight? We’re honored to be playing at halftime! #RallyTheValley pic.twitter.com/8zMRu8fcXH

With all due respect to the Gin Blossoms, who I fuxed hard with during my mushroom haircut and pogs days, I’m surprised the Suns PR didn’t aim higher for its first Conference Finals appearance in a decade. Maybe they’re scheduling Arizona’s Stevie Nicks and Alice Cooper for the Finals?

In any event, a Twitter user and bitter Nuggets fan VicFang1o quote tweeted the announcement, dubbing The Gin Blossoms as “the third shittiest band ever.”

Leave it to the Suns to book the third shittiest band ever. https://t.co/kVFQii9Vot

Vic, whose Twitter bio claims “The Nuggets will win a championship before the Suns,” quickly learned that the Gin Blossoms are not to be messed with.

Who did your Nuggets book for tonight? https://t.co/ws2bRzGnbw

Tbh, we’re playing one more game of the Western Conference Finals than the Nuggets… https://t.co/NLqxURxQ5c

Just think if it were 1994 Suns would still be better than Nuggets. pic.twitter.com/dAmnWYt7MS

Nah. Let’s talk about your album sales instead. Your band must be in rough shape if you have time to drop C- trolling on a Nuggets shitposting acct.
Dave Grohl would never… https://t.co/TvukFsYdho

Moral of the story: Gin Blossoms may be the best band of our generation who’s also committed a murder.