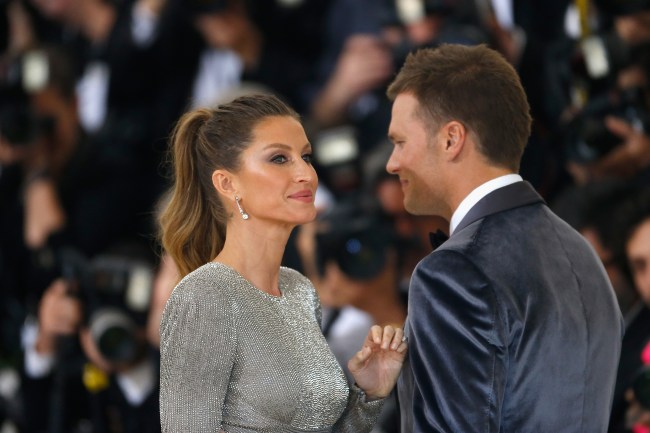 Tom Brady’s entire identity centers around the game of football. He’s admitted himself that he doesn’t have many hobbies outside of the game, and if there’s anything he’s been transparent about, it’s that he wants to play until he’s 106. “I’m not a musician, not an artist,” Brady said in 2015 when pressed on his hobbies outside of football. “What am I going to do, go scuba diving?” He goes to sleep at 8:30 p.m. He rarely drinks, telling ESPN in 2013, “You couldn’t pay me to go out after the game.” He diets year-round.

When Brady is finally forced into retirement, kicking and screaming, I can imagine him transitioning into the real world like Brooks did when getting released from Shawshank. Just no idea how the outside world works. No concept of being a real human being with all the time in world on his hands.

I mean, this isn’t how humans dance.

I think I’ll feel sad for him. Well, as sad as I can for the greatest quarterback of all-time who’s married to the most successful supermodel of all-time.

Speaking of Gisele, she’s been trying to convince her hubby to hang up the cleats for at least a year now. Following Brady’s fifth Super Bowl victory last year, he told Jim Miller on his Sirius XM:

“If it was up to my wife, she would have me retire today. She told me that last night three times. And I said, ‘Too bad, babe, I’m having too much fun right now.'”

I wonder how Gisele feels now, witnessing her husband put up an MVP-caliber season at 40.

Last spring Brady and his family vacationed with retired kicker Jay Feely, a close friend from their college days at Michigan. Feely told Greg Bishop of Sports Illustrated that Gisele was trying to convince him to get in Brady’s ear about retiring.

Gisele Bündchen, spent time on that trip “trying to get me to convince [Tom] to stop playing.” And, Feely adds, “she was dead serious.”

Feely says he looked at his friend and told him, “Play as long as you can.” Brady smiled back and winked.

After five Super Bowl wins and possibly a sixth, Tom Brady still finds ways to motivate himself. I pay my phone bill and I take the rest of the week off.