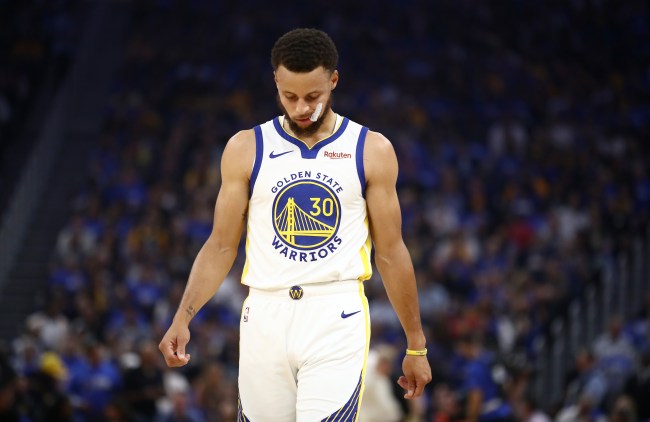 Maybe Charles Barkley was right after all.

Earlier this week, the former NBA all-star turned analyst proclaimed the Warriors dynasty was over and went on to say the team would not make the playoffs.

I think their window is shut. I don’t think they can score enough I want to make my prediction, Ernie. I said they were going to be the 7th-8th seed, they’re not going to make the playoffs because they just can’t score enough… When you look at your team, you say ‘OK, Steph can get me 30. D’Angelo [Russell] can get me 20. Draymond, even though he’s a heck of a player, he’s only going to get me 15.’ That’s not enough in the Western Conference. This year.”

Barkley’s prediction is coming true as the Warriors got absolutey spanked by the previously 0-2 OKC Thunder.

The Warriors went on to lose by 28 points for their first back-to-back losses to start off a season since 2009.

GSW opens the regular season with back-to-back losses for the first time since 2009. pic.twitter.com/BsyWvqeRtO

The Warriors are 0-2 and have lost by a combined score of 47 🤭 pic.twitter.com/NbBuywTYJ1

NBA fans couldn’t wait to tear into the Warriors.

How the NBA doing the Warriors pic.twitter.com/mlpfScqOjX

Rest of the league waiting for their turn to blow out the Warriors pic.twitter.com/02oRdwYwVm

Kawhi snapped his finger and made the Suns better than the Warriors pic.twitter.com/BXfIIh4fLi

Warriors bandwagon fans leaving for a new team after losing by 40 pic.twitter.com/gAPxIYAjAp

The entire NBA players & fanbase (minus the Warriors ofc) when the Warriors finally are playing like shit pic.twitter.com/PGbyhPr503

WARRIORS DOWN 33 AT HALF TO THE THUNDER