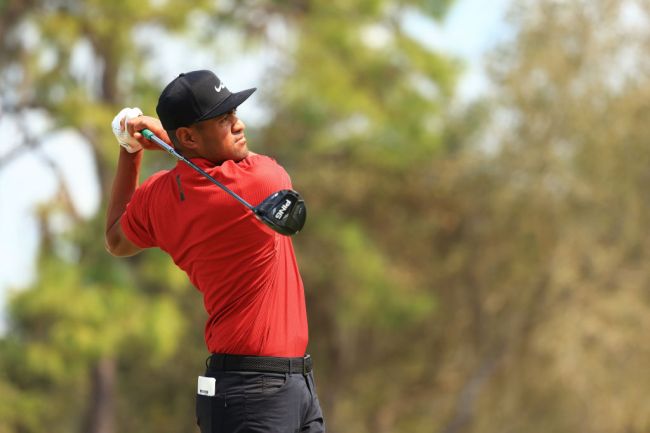 Wearing red and black during the final round of a PGA Tour event is typically reserved for one man— Tiger Woods. This week, however, golfers are wearing their Sunday best in honor of the Big Cat. Woods, who is recovering from a serious car crash in Los Angeles earlier this week, broke both of his legs and shattered one of his ankles. His accident put the golf world on pause and stopped much of the nation dead in its tracks, but he is recovering well after surgery.

Woods was not scheduled to play in this weekend’s WGC-Workday Championship, but those in the field and across the the PGA and LPGA Tours chose to show their support for the greatest to ever do it. Some wore solid red and black, as Woods always does, and others wore red accents or played with Tiger’s name on their ball. Among those to rock the look were Rory McIllroy, Justin Thomas, Tony Finau, Annika Sorenstam, Jon Rahm, Jason Day and the staff at the Puerto Rico Open.

The first time @McIlroyRory has worn red and black in his career. 🔴⚫ pic.twitter.com/mpXDbJreOD

🚨Matt Kuchar with a red lid for today’s final round 📸: Sam Greenwood pic.twitter.com/iaNV6gw0BK

This is one of the balls @b_dechambeau will use for the final round of the @WGCWorkday to show support for @TigerWoods. pic.twitter.com/tqjQUIlRE4

Sunday at Cologuard Classic. @TigerWoods in my thoughts. I am using your Bridgestone golf balls this weekend. pic.twitter.com/cvYQpZ0jIe

While the red wasn’t the perfect shade, Cameron Champ also got in on the dress code. His mullet is glorious. 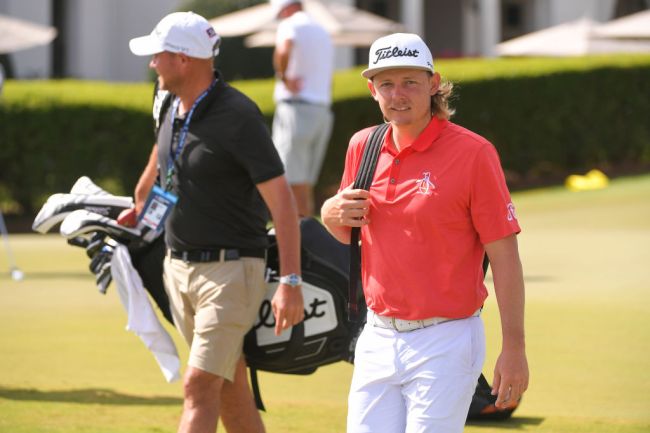 Max Homa, who had grown up idolizing the Cat and won the Genesis Invitational (a tournament that Woods puts on) a few days prior to the crash, was not sporting a red shirt. But not for lack of care.

I unfortunately didn’t pack any red and black for this road trip (obviously didn’t know the news til arriving), so I will try and pay my respects to TW tomorrow with some really great final round #golf. Hope to see a lot of red and black out there!

Many fans were upset with Homa’s tweet and suggested that he should go buy a shirt at the store. He was quick to put them in their place.

I am contractually obligated to wear clothes with certain logos on them that I can’t buy at a Dicks/Pro shop/Roger Dunn/Walmart/“a store”/etc. Thank u all for the options tho! https://t.co/XAP9QLu78M

I mean this with zero hyperbole, this the weirdest thing I’ve experienced on Twitter lol I love Tiger more than u guys. Promise. Listen to an interview from last week. Red and black tomorrow doesn’t prove that. A lifelong attempt to mimic his approach to the game of golf does

Sunday’s tribute to Tiger was pretty awesome. It wasn’t planned and it wasn’t forced. It was a simple, powerful statement for someone who means everything to the game.