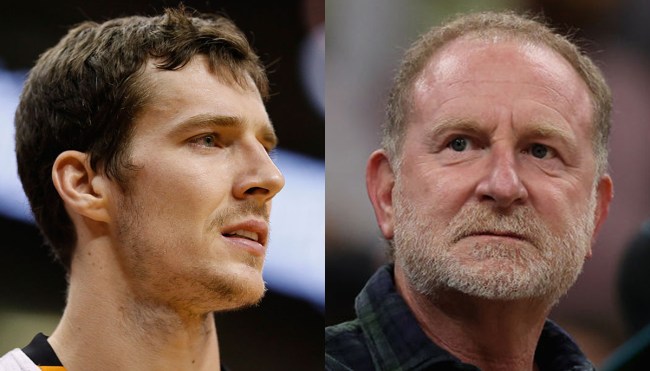 If you’re a sports fan who keeps tabs on the massive contracts that get handed out to professional athletes on a regular basis, you probably know many of those deals include an assortment of performance-based incentives that give players the chance to pad their already hefty guaranteed salary.

Those bonuses can lead to some pretty amusing moments, like the one we were treated to in Week 18 of the most recent NFL season when Tom Brady refused to come out of a game until he help Rob Gronkowski secure a $500,000 bag by hitting his catch quota.

They can also lead to some interesting situations where franchises are forced to decide if they want to prioritize morale over money; in April, the Milwaukee Bucks opted for the former when Jrue Holiday played a whopping eight seconds before checking out of the last game of the regular season en route to picking up an extra $306,000.

Jrue Holiday started for the Bucks today so he could reach 67 games played and secure a $306,000 bonus 💰

Holiday played eight seconds before committing a foul and heading to the bench pic.twitter.com/131ivz1q6l

However, it would appear the Phoenix Suns are a bit more self-interested based on what Goran Dragic recently had to say when he accused owner Robert Sarver of some wildly disrespectful behavior during what would turn out to be his last full season with the team.

On Tuesday, a Reddit user on r/NBA transcribed comments Dragic made during an appearance on a Slovenian basketball podcast. During the discussion, he claimed Sarver openly gloated about not having to pay him the bonus he would’ve been owed if he’d been named to the All-Star Team in 2014 during the breakout season where he ultimately earned Most Improved Player honors:

That move would appear to be fairly on-brand for Sarver, a man with an estimated net worth of $800 million who has been dogged by allegations of sexism, racism, and harassment since ESPN dropped a bombshell report in 2021.
Dragic is just the latest person to put him on blast, as a longtime Suns employee wasn’t shy about airing her grievances with Sarver and the organization in a fairly scathing resignation letter that surfaced last month.