Guy Who Rode His Bike 8,000 Miles To Mt. Everest Then Hiked It Without Help Is The Baddest Dude Ever 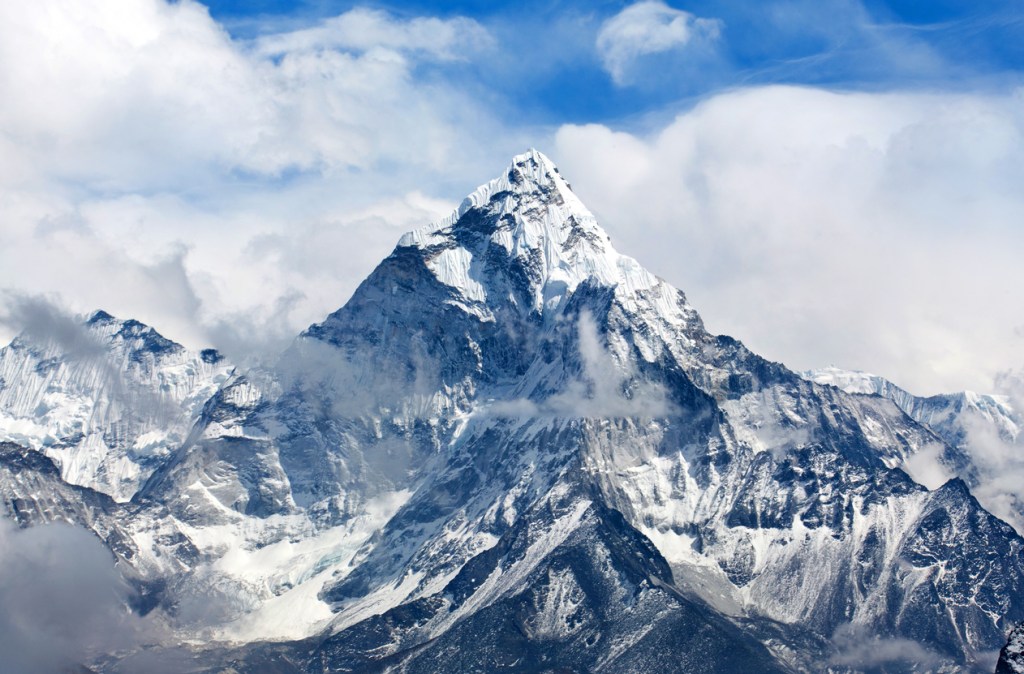 Sometimes I see a story that’s so epic I stop and wonder how Hollywood hasn’t figured out how to turn it into a billion-dollar movie yet and Goran Kropp’s Mt. Everest tale is one of those stories.

Goran Kropp (full name Lars Olof Göran Kropp), was a Swedish adventurer who infamously rode his bicycle from Sweden to Mt. Everest and then hiked it without any assistance. Afterward, he rode his bike back home to Sweden. It’s a mountaineering achievement that was so impossibly hard it is difficult to even comprehend.

Who Was Swedish Adventurer Goran Kropp?

Born in 1966, Goran was raised in Jonkoping, Sweden. At just six years old, his life changed forever when his father took him up Galdhøpiggen, Norway which is the tallest peak in all of Scandinavia. Getting a taste of mountaineering set him on a path to serving in the Swedish Parachute Rangers after school, a special ops unit of the Swedish military that specializes in long-range reconnaissance.

Prior to Goran Kropp’s legendary summit of Mt. Everest he tackled some of the tallest peaks on the planet and set records along the way. At 22 years old he climbed Lenin Peak (7134 meters) between Tajikistan and Kyrgyzstan, his first major climbing achievement. He and his climbing partners set a (then) record and got to the peak in only 10 days.

In the following years, he’d climb Kyrgyzstan’s Pik Pobeda (7439 meters) in 1991, Cho Oyu in 1992 on a trip where one of his climbing partners died after being hit in the head by a rock, and in 1993 he attempted to climb K2 but got greedy and wanted to beat his climbing partners and become the first Swede to the top and was consequently excluded from their adventure.

Then came Mt. Everest in 1996 which is arguably the most impressive and insane mountaineering achievement in history. 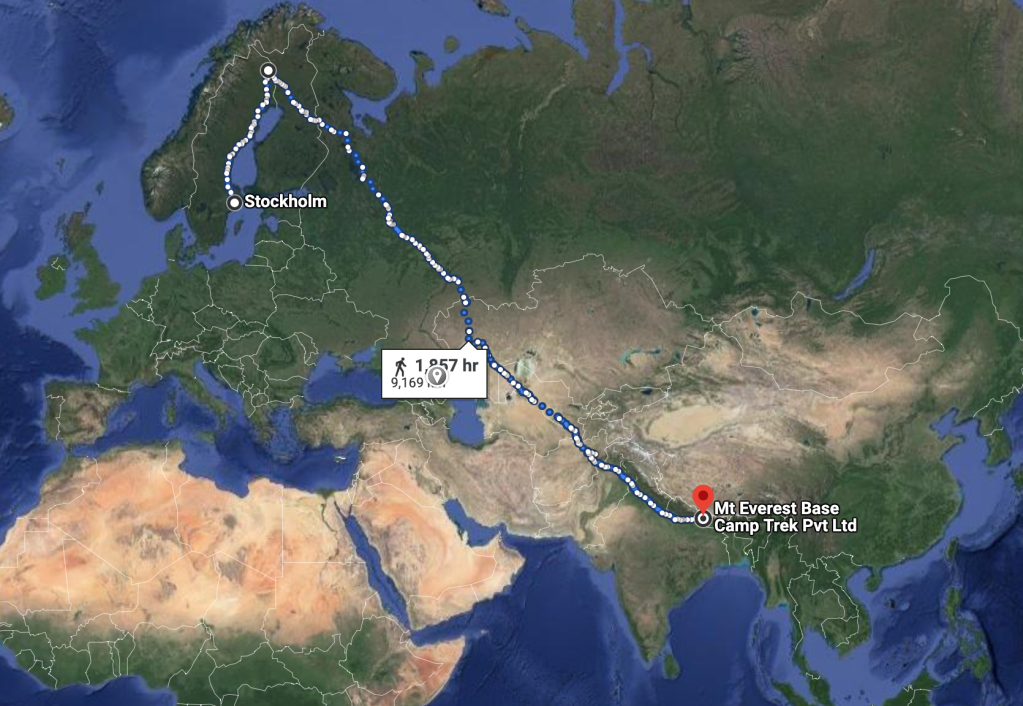 There you see the route from Sweden to Mt. Everest on a map. I’m not sure of the exact route he took as there are several options going north or south. Either way, t is unimaginably far. That didn’t stop Goran Kropp from riding his bicycle 8,000 MILES from Sweden to Mt. Everest to climb the world’s tallest peak. Once he arrived at Mt. Everest, he climbed it without any supplemental oxygen or help from other climbers. Afterward, he got back on his bike and rode home to Sweden.

Once he arrived at Mt. Everest a meeting was held with all of the other expeditioners seeking to summit the mountain. It was agreed upon by all that since he was climbing solo he would attempt to summit Mt. Everest first.

On May 3rd he reached Everest’s South Summit which is only 328-feet away from the summit but he had to turn around because he was hiking through nearly waist-deep snow and it was getting dark. If he kept going he would have been forced to climb back down in the pitch-black darkness and almost certainly would have died up there. Just a few days later, a blizzard known as the 1996 Everest Disaster occurred which took the lives of 12 people trying to reach the summit.

Then on May 23rd, he successfully attempted to reach the Mt. Everest summit and he did it without supplemental oxygen. After reaching the Mt. Everest summit on his own and without oxygen support he made his way down the mountain, hopped on his bicycle, and went home like Forrest Gump after he got tired from all of that running.

Here’s an excerpt from 2010’s I Made It from the moment Goran Kropp reached the summit of Mt. Everest after his epic journey there on a bike from Sweden.

What Happened To Kropp After Mt. Everest?

Goran Kropp would return to Mt. Everest in 1999, three years before his death, and reach the summit with his girlfriend. They used the trip as a cleanup mission and removed 25 discarded oxygen cannisters from the mountain.

Kropp died in the Summer of 2002 while climbing the infamous Air Guitar route at Frenchman Coulee just outside of Vantage, Washington. He was belaying when an equipment malfunction occurred. His protection dislodged from a crack and a carabiner malfunctioned, this sent him falling 60 feet to the ground where he’s said to have died on impact from the head injuries he sustained.

I’ve never been to the Air Guitar route at Frenchman Coulee but Wiki tells me there is a tribute to Goran Kropp carved into a rock at the starting point which reads: “With a thumb up, Kropp on Top! Göran lives, 1966–2002”

There are other videos on YouTube featuring Kropp’s life. Over on Amazon, there are all sorts of books you can check out and there are countless articles out there to be read as well if you want to learn more.