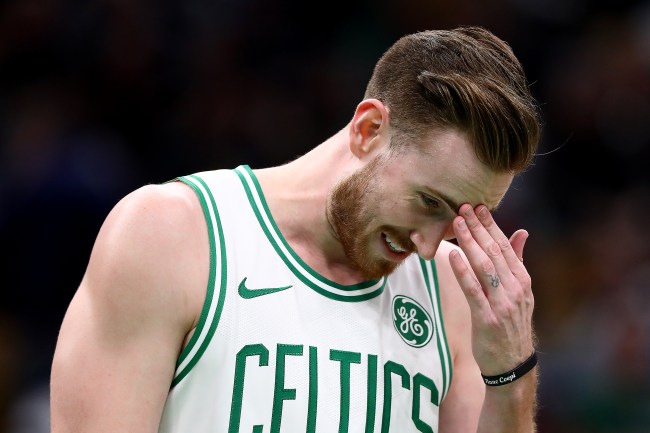 Last season, the Celtics were one game away from reaching the NBA Finals, a huge feat considering the team was missing two of its superstars in Kyrie Irving and Gordon Hayward. Flash forward to this midway through this season and the Celtics 2019 campaign has been mired by peaks and troughs, resulting in an underwhelming 31-19 current record, good for fifth place in the East.

One difficult storyline has been the struggles of Gordon Hayward, who is 15 months removed from a horrific injury that resulted in a fractured tibia and dislocated ankle. Hayward, who two years ago averaged 22 points a game for Utah, has averaged an insipid 10.6 points, 4.6 rebounds, 3.4 assists, and 1.0 steals in his return–his lowest in a full season since his rookie year. What’s more is that Hayward looks legitimately timid on the floor, settling with deferring to teammates and seldom attacking the defense, which is why he’s only started in only 16 of his 45 appearances this season.

Hayward spoke of his struggles to Mark Murphy of the Boston Herald:

“Some days are diamonds and others are stones. Sometimes you have a couple of stones in a row. I’ve said it after I had a good game. Try not to get too high on the highs or too low on the lows. I’ll keep working.”

Hayward’s scored in single digits in four of his last five games and seven of his last nine.

An anonymous Warriors player recently called Hayward “a liability on both ends of the court” after the former All-Star scored just two points on 0-of-5 shooting.

The frustration is reportedly leaking to the Celtics fanbase, who up to this point have been very supportive in Hayward’s ease-in to the season.

It seems Gordon Hayward is now getting at least one really dedicated TD Garden heckler per game. One just screamed "Good 2 points Gordon!" Fans are getting restless with his recovery. #Celtics

Hayward’s minutes have been trending down in the new year, and it’s difficult to pin down whether his lack of productivity is due to an injury hangover or a mentality.