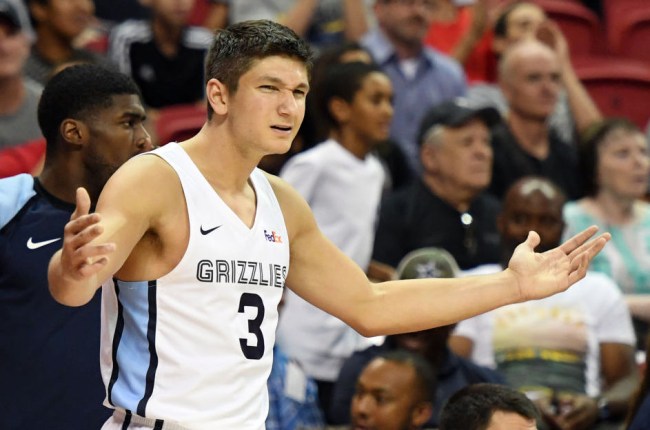 Mike Krzyzewski has been at the helm of Duke’s basketball program for almost 40 years and it’s safe to say he’s done a pretty good job over the course of his tenure, as he’s led the Blue Devils to five national championships while producing an impressive number of NBA players.

Is there a formula to his success? Not necessarily. With that said, it seems like there’s been at least one constant during his time at the school that’s played an integral role, as it feels like every single one of his rosters share one defining trait: a punchable white dude.

Whether we’re talking about Christian Laettner or J.J. Redick or Chris Collins or Mason Plumlee or Greg Paulus or Kyle Singler, you can almost always rely on Duke having at least one player who makes your blood boil just thinking about them.

A few years ago, the torch was taken up by Grayson Allen, who became extremely hatable thanks to his propensity for tripping people—including himself—and just coming off as an all-around douchenozzle.

He might be a shithead but he’s a shithead who had enough talent to make it to the NBA, as he was selected by (who else?) the Jazz with the 21st pick in the 2018 draft before being traded to the Grizzlies last week.

On Thursday, Allen took part in a summer league game and proved he hasn’t changed a bit after getting dinged with two flagrant fouls in the span of eight seconds.

Grayson Allen gets ejected for being a dumbass pic.twitter.com/YK61mTlnUw

Ben Franklin may have said the only things that are certain in life are death and taxes but I have a feeling he’d add “Grayson Allen being an insufferable asshat” to that list if he had never fallen victim to that first one.