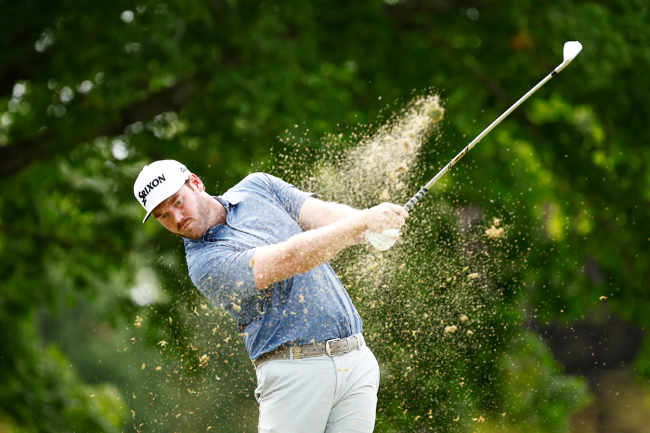 The final round of Grayson Murray’s U.S. Open is not going as planned. And his clubs are paying the price.

Murray, who was seven-over par through the first nine holes on Sunday, was not happy with his performance. As a result, he lost his temper. Twice.

After getting off to an even par start through the first six holes, things took a turn for the worst on the seventh. Murray put his drive on the left side of the fairway, about 157 yards from the hole. It was a solid start.

However, it was not a solid finish. It took Murray seven shots to put the ball in the hole after the initial drive.

Murray sailed the green on his second shot and then completely collapsed with his wedge, which led to a quadruple-bogey. Following his 8 on the par-4 seventh, he proceeded to turn to the fescue and launch his putter with a tomahawk throw.

Not long thereafter, Murray stuck his second shot on the 10th hole deep in the rough. He was, once again, extremely pissed.

But Murray did not launch his wedge like he did his putter. Instead, he took it with both hands and snapped it over his knee.

Grayson Murray is running out of clubs! pic.twitter.com/bejgZGCU63

It was an all-time meltdown and his day was not anywhere close to done. Assuming that someone went and got his putter, Murray was down a club on the final seven holes. If not, he was down a wedge and a putter. Either way — not ideal!