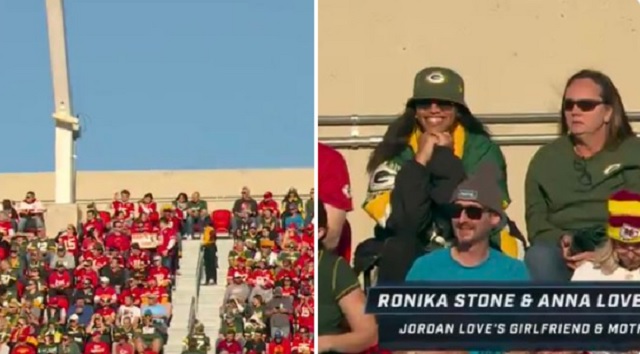 Jordan Love’s mom and girlfriend were forced to sit in the nosebleeds at Arrowhead Stadium, and apparently, it’s the Packers’ fault.

On Sunday, Anna Love went viral when it was revealed that she was given the worst seats inside the stadium to see her son start his first career NFL game.

Oh my god they gave Jordan Love’s girlfriend and mom the worst seats in the house ☠️ pic.twitter.com/nfo6eu5STu

Why’d the Chiefs give Jordan Love’s mom the worst seats in the stadium 😂😂 pic.twitter.com/jI9NdDpvtZ

While Erin Andrews claimed that Love’s mom was given assigned seats for the away team’s family, former NFL executive Amy Trask actually clarified what actually went down.

According to Trask, the Chiefs are obligated to give away teams several good seats for family members, but the Packers apparently chose to give those tickets out to other people.

Video shows the mom and girlfriend of @jordan3love seated at the top of the stadium – many are mocking the @chiefs for this, but the @packers are also responsible – league rule requires home teams to provide visiting teams w/some nice seats – GB chose to use them for others.