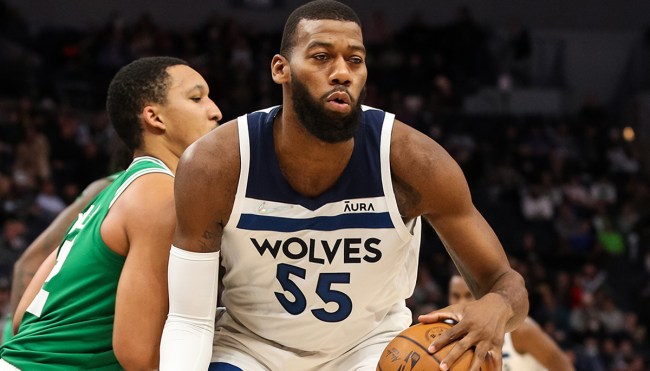 We’re slowly but surely nearing the second anniversary of The Day Sports Stood Still, and while I’d like to tell you the world quickly learned from its mistakes and put all of that silliness behind it, basically everyone on the planet knows that is decidedly not the case.

Virtually every league in existence is currently grappling with a fresh wave of health issues that caused the NHL to temporarily pause its season, has led to the cancelation of multiple college football bowl games, and forced NBA teams to play with a roster full of guys a lot of fans have either never heard of or forgot existed in the first place.

However, it turns out some players are running into similar issues.

On Monday, the Minnesota Timberwolves took to the floor without a single active member of their usual starting five, but they still managed to walk away with a 108-103 victory over the Celtics.

The Timberwolves are currently 7th in the west with their entire starting five out with covid protocols. pic.twitter.com/HgRgSKfynM

Minnesota secured the win with a little bit of help from Greg Monroe, a 31-year-old journeyman who was signed to a 10-day contract before the game and may or may not have updated his Wikipedia page immediately after the contest.

I'm pretty sure Greg Monroe is updating his own Wikipedia page pic.twitter.com/KQI4x6w1hx

Following the game, Monroe succinctly summed up the struggles NBA teams are grappling with when he gave props to Jaylen Nowell for his performance before admitting he had no clue who his teammate was prior to the showdown.

Greg Monroe when asked if he knows who all of his teammates are:

"Not gonna lie, Jaylen Nowell played awesome tonight, but I had no idea who that was."

Greg Monroe kept it real after the game 😂 pic.twitter.com/V71u8hSQOx

It didn’t take long for NBA fans to start chiming in with some appropriate reactions.

Greg Monroe has turned into me at any of my kid’s sporting events. https://t.co/T3N5xVrLCp

At least he’s honest. I mean the dude literally just landed hours before the game haha!

The Celtics lost to an actual pickup team it’s time for a January 6th at TD Garden https://t.co/DOF4Xr6hwr

Quote of the NBA season. https://t.co/ciXvkuoWJp

Filling in for KAT/Naz on the floor, Ant in the quote department. https://t.co/NAhyBSc6aL

This is hilarious i can imagine him saying “nice shot #4” https://t.co/P0FTs7wQqP

Makes sense because Jaylen wasn't even in the league yet during Monroe's last NBA season!

We live in some truly wild times.