Carolina Panthers TE Greg Olsen Auditioning To Be Analyst For Monday Night Football, Will Retire From NFL If He Gets Job 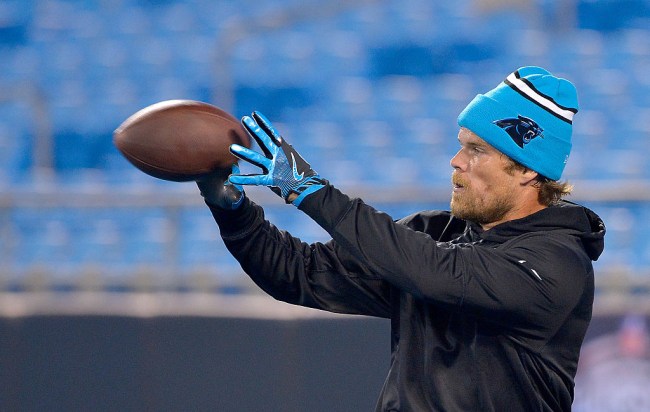 The 33-year-old Carolina Panthers tight end, Greg Olsen, appears to be ready for life after football. According to a report from Andrew Marchand of the NY Post, Olsen auditioned today for the vacant Monday Night Football analyst gig and is willing to retire from the NFL if he gets the job.

Sources: Carolina Panthers TE Greg Olsen is auditioning today to be an analyst on ESPN’s Monday Night Football. Olsen, 33, could still continue playing in the NFL, if he doesn’t get a plum broadcasting job.

Olsen could receive consideration from Fox for Thursday Night, if Peyton Manning turns down the job. Last year, when hurt, Olsen called a game for Fox and received strong reviews.

NFL Network’s Ian Rapoport doesn’t believe Olsen will take job and is only planting seeds for the future.

#Panthers TE Greg Olsen is auditioning for and ESPN broadcast job today, as @AndrewMarchand said… but sources say he has committed to play for Carolina for 2018 and beyond. This is about life after football, not next year.

In 2017, Olsen was out for much of the season with a broken foot but is still considered to be a primary offensive weapon for the team if he chooses to stay.