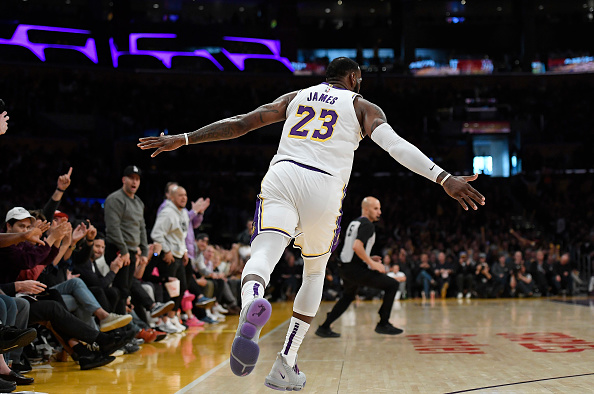 Over the weekend LeBron James made Grizzlies equipment manager Briane Miller’s day when he gifted her his game-worn sneakers on the sideline.

LeBron explained that he gave Miller the shoes because he had noticed that she had worn exclusive LeBron sneakers on the sideline over the years.

LeBron gave his game-work shoes to a woman who works for the Grizzlies. He hugged her late in the fourth quarter and she was very emotional. Here’s why. pic.twitter.com/VZVBheKxhi

“Every year I’ve come here, she’s always worn a very exclusive pair of my shoes and I’ve always noticed it and I’ve never said anything to her,” . “And tonight, I said something to her for the first time and she was like, ‘Yeah, I’ve always been Team LeBron. Always.’ So she got a pair of LeBrons.”

Today, Miller spoke to Local 24 news in Memphis and told them that she declined a $100k offer for her sneakers because “she’s loyal to the max” to LeBron.

Grizzlies equipment assistant Brianè Miller says she's been offered $100,000 for the shoes @KingJames gave her during the Lakers/Grizzlies game on Saturday.

She's not interested in selling. "I'm loyal to the max."

Hear from her on why she's been with LeBron from the jump: pic.twitter.com/iP6U8dqaAK

Briane is a much better fan than I am because I would have sold those LeBron shoes for a lot less than $100k. Kudos to her.