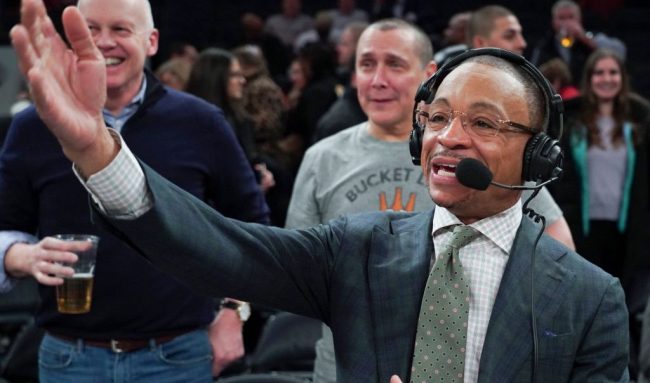 It has been a big weekend for Fox Sports broadcaster Gus Johnson. The 54-year-old spent his Saturday afternoon in Oklahoma and his Sunday in Arizona.

During a surprisingly entertaining game between the Sooners and Nebraska Cornhuskers, he made two incredibly exhilarating calls on a blocked PAT return and the greatest interception of the year. Johnson was then on the call for the Cardinals’ home game against the Vikings the next day.

Not even a full minute into the game, the most exciting broadcaster in the industry was back at it.

On the second play from scrimmage, Kirk Cousins dropped back and found K.J. Osborn streaking down the sideline for the 64-yard touchdown. Johnson went bonkers.

Nobody in the broadcast business has the uncanny ability to make every single play in every single game exciting, quite like Gus Johnson can. Every time he is on the call, it’s a must-watch, regardless of the score.