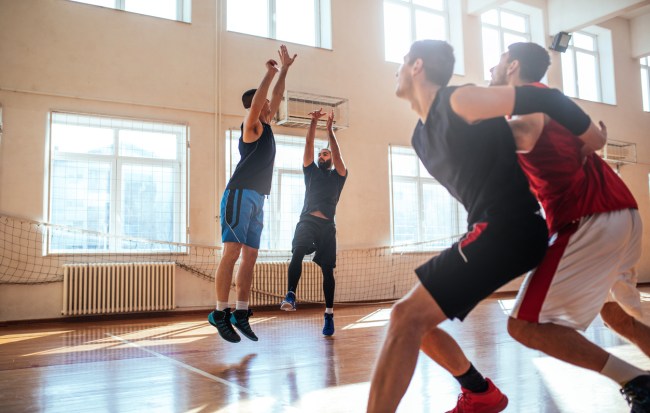 I’ve twisted my ankle playing basketball so many times that I’m pretty sure my health insurance company thinks I’m trying to scam them so, for the most part, I tend to not participate in pickup games. Thankfully, this also gives me an excuse to avoid the wide variety of assholes you routinely come across on the court at the YMCA.

Anyone who’s played pickup should know exactly the kind of people I’m talking about. There’s the guy with the arm sleeve who couldn’t hit a three if his life depended on it, the dude who wears a full jersey like he actually has the skills to play on a real team, and the uncle from Napoleon Dynamite who thinks he still has the skills he did when his team made it to the quarterfinals of a Class-D high school state tournament 27 years ago.

However, there’s nothing worse than the guy who calls for fouls whenever a defender breathes on them. With that said, that dude has nothing on the person who apparently decided to best reaction to a supposedly hard foul in a recent pickup game was to call the cops on the guy who hit him too hard.

Today for the first time in my life…I experienced someone call the police because they got fouled hard in basketball. pic.twitter.com/9E8lp9fmwP

According to BSO, the guy rocking the double arm sleeves (which should be an arrestable offense on its own) was the “suspect” in question who set a hard screen (also known as “a textbook screen”) on the guy on the right. After the alleged foul, he responded with the totally rational and reasonable reaction of leaving the court in a huff and going to the front desk to call the cops.

As you can probably guess, they did not seem to give a shit.

I’ve seen legitimate fistfights break out over a hard foul at a pickup game but everyone there was smart enough to realize tempers occasionally flare and that there was no need for law enforcement to get involved. I don’t know if this guy’s team was winning but I think it’s safe to say he took the L.