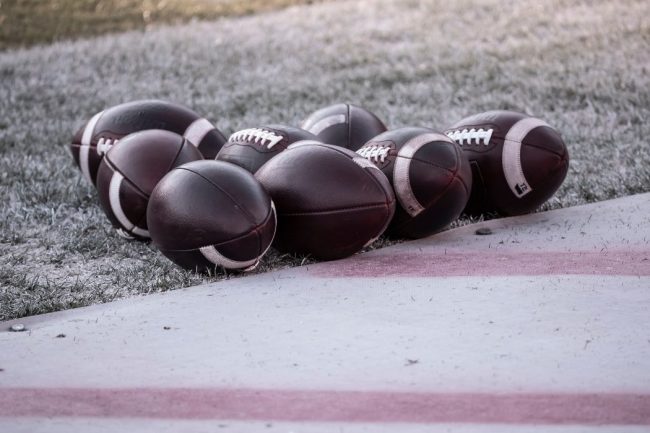 Football has become America’s sport over the years as the NFL is one of the biggest leagues in the country. Additionally, the collegiate level is widely popular. However, Youth Football Leagues are also gaining popularity all thanks to that old show called Friday Night Tykes. Regardless, it turns out that one of these youth football teams might have the hardest walkout intro of all time.

Youth Football Team Has The Hardest Walkout Intro Ever

Barstool Sports shares a quick clip of this team as it appears the head coach is holding a giant speaker. While blaring music, his squad rolls up behind him and they’re clearly pumped up for the game. If you feel like having chills sent down your spine, then watch the clip below and wait for Big Baby’s message.

This might be the greatest youth football walk out of all time pic.twitter.com/TX5aAMKXdJ

Walkout music is something that can set the tone for the team. This youth football team understands that fully. They clearly wanted to gain a mental advantage over their opponent. Just based on this clip, we have to assume they won by 1,000 points.

The music choice is reminiscent of UFC fighters and closing pitchers in the MLB. I mean, Edwin Díaz’s trumpets are the most electric thing in sports right now and it’s not even close. This youth football team gets it as they look incredibly tough for children.

Maybe this becomes the norm in youth sports. I remember playing football as a kid and we didn’t have anything remotely close to anything as cool as this.