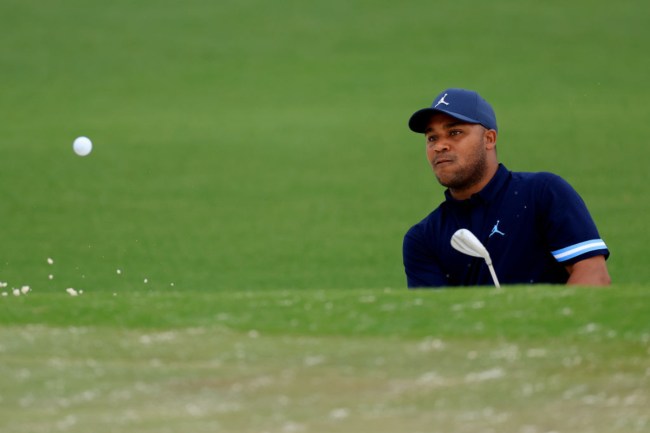 Morgan Hoffman’s return to competitive golf this week at the RBC Heritage has dominated the headlines, and rightfully so. Hoffman’s story is both extremely unique and a positive one and seeing him back on Tour for the first time in 2019 is simply awesome.

The former No. 1 amateur in the world was diagnosed with Facioscapulohumeral muscular dystrophy in 2016. His last start on Tour came in October of 2019, and since then he’s been living off-grid in Costa Rica.

Hoffman made headlines in February of this year when a story was released about his life in Costa Rica and his interesting medicinal practices, which include urine therapy.

Harold Varner III was paired with Hoffman for the opening two rounds of the RBC Heritage. While HV3 understands that Hoffman has been through quite a lot in the past handful of years, he’s not letting that affect his mentality whatsoever.

Following Thursday’s opening round, one that saw Varner III shoot 67 and Hoffman shoot 71, HV3 was asked if he noticed any changes in Hoffman’s swing since he’d last seen him play.

Varner III wasn’t interested in talking about Hoffman’s swing, he’s only interested in beating him and everyone else out on the course, no matter what their story is.

“I did not, but I’m not a very aware person, never have been. I’m out there to beat Morgan.” Varner explained, according to Golfweek. “I don’t really care. … I get that he’s been through a lot, but everyone on this planet’s going to go through something, and that’s his battle. My battle may come down the road later.”

“When you’re on the golf course, it’s time to compete. I want to win. I don’t know. That’s kind of messed up, but it is what it is.”

Some may not appreciate Varner III’s comments about Hoffman, but at the end of the day he’s simply being honest, which is something everyone can respect.

As he said, “everyone on this planet’s going to go through something.” He’s well aware, and respectful, of Hoffman’s battles, but at the end of the day, that’s not his own battle. When that tee goes into the ground, his battle is getting the ball in the hole in as few shots as possible.