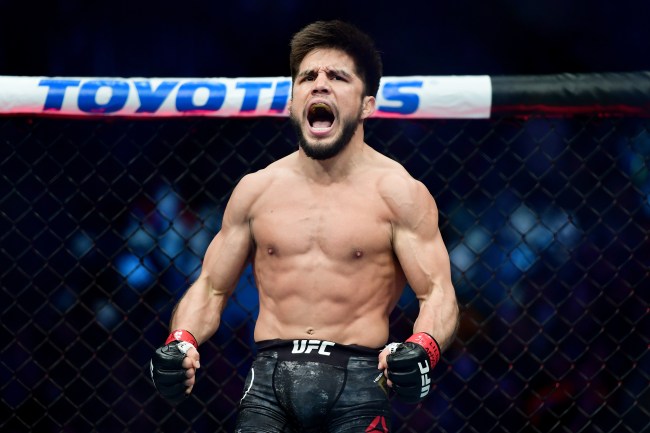 Henry Cejudo appears to be done with MMA.

On Saturday night, Cejudo defended his bantamweight title beat Dominick Cruz in a fight that ended in controversy when the referee stopped the fight while Cruz was attempting to recover from a vicious knee delivered by Cejudo.

Close call. Cejudo landed a big knee and subsquent punches on the ground. Cruz is unhappy about the stoppage.

Hate him or like him the “King of Cringe” Henry Cejudo is no joke. Early stoppage though? The announcing crew thinks so. I think it was justified #UFC249 pic.twitter.com/HfTWqF5TMU

After the fight, Cejudo shocked MMA fans by announcing that he was retiring from MMA at 33 years of age.

After defending his UFC bantamweight title, @HenryCejudo unexpectedly announced his retirement from the sport of MMA 🤯 #UFC249 pic.twitter.com/5jIhrp4LsC

Henry Cejudo just announced his retirement from MMA: “Since I was 11 years old I sacrificed to get where I am today, and I’m not going to let anyone take that away from me. I’m retiring from MMA. … Triple C is out. You don’t have to hear my ass no more.” #UFC249

If Cejudo’s career is indeed over he finishes with one of the most accomplished fighters in UFC history.