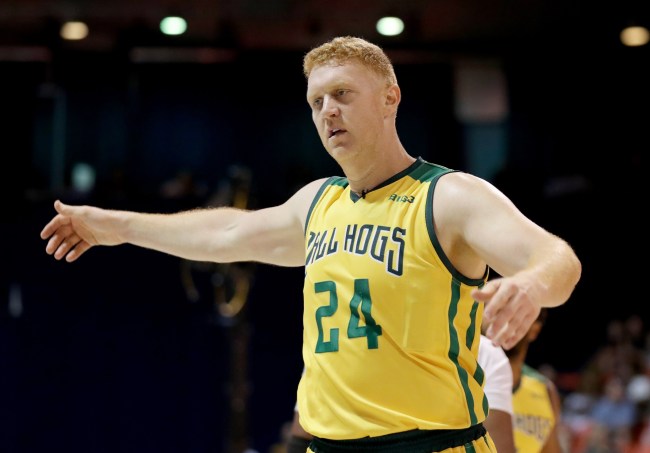 We live in a world where the man in the photo above has achieved the ultimate basketball goal over guys like Barkley, Iverson, Malone, Vince, take your spin of the wheel.

Brian Scalabrine, a 2008 NBA Champion, looks like he’s in middle management at Enterprise and is content with having the tools to be his own boss. That is why fans refuse to believe he’s hauled in $20 million playing basketball.

This is exactly why in 2013, one year after his retirement, the White Mamba put on the Scallenge, calling out listeners of a Boston radio station to send in tryout videos to take battle him in a one-on-one tournament.

He humiliated all participants by a combined score of 44-6.

This birthed a tweet that will soon be eligible for the Naismith Hall of Fame.

Tired of people challenging me 1on1. Let me be direct. If ur white & not N the NBA u have No chance. If ur a brother, maybe…but i doubt it

Just this week, a high school basketball player put a pair of sneakers on the line in a one-on-one game to 11 with the 43-year-old.

It did not end well for him.

When will the slander stop?

“I'm closer to LeBron than you guys are to me." – Brian Scalabrine. https://t.co/qJMSnQvyg8

Brian Scalabrine proving how good at basketball you have to be just to be bad in the NBA is my favorite bedtime story. https://t.co/R4tsXmWWrC

The absolute worst player in the NBA would walk into any amateur run and air fry the whole gym https://t.co/QqOfyeCG9k

These kids forgot Brian Scalabrine was a BUCKET https://t.co/z5GGVm5chq