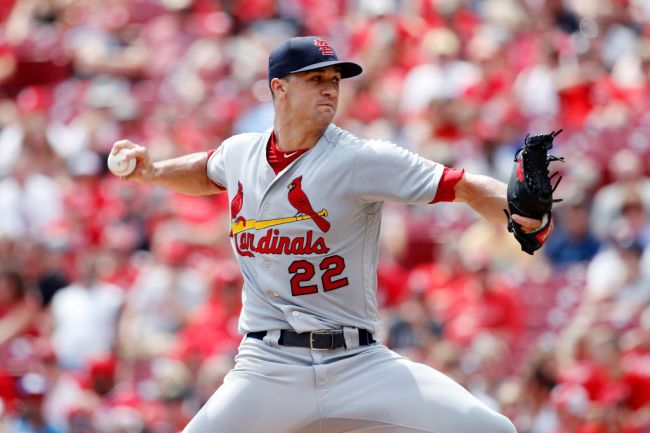 The Cardinals, White Sox, and Braves will all have something in common on Opening Day this year: each of their starting pitchers played on the same high school team. That’s correct, former Harvard-Westlake School students Max Fried of Atlanta, Chicago’s Lucas Giolito, and St. Louis’ Jack Flaherty will each get the ball on Opening Day.

Talk about an absolutely wild coincidence and an incredible example of how talented the 2012 Harvard-Westlake team was. Even wilder? The team with three future MLB starting pitchers didn’t win a state championship.

All three pitchers were drafted in the first round of the MLB Draft. Frieds went seventh overall to the Padres in 2012 while Gioloto was drafted nine picks later at 16th overall by the Nationals, while the Cardinals called Flaherty’s name with the No. 34 pick in 2014.

“I’m really happy and really excited for those guys,” Fried told MLB. “They worked extremely hard to put themselves in that position. To be in that position and share that feeling with those guys is pretty cool.”

Baseball is full of weird coincidences and stats, but imagine if all three of these guys walk away with wins on Opening Day. I’m not sure there could be a better sports bar trivia question out there than ‘ name these three pitchers went to the same high school, and also each won Opening Day games in 2021.’

Flaherty finished fourth in the National League Cy Young Award voting in 2019, and carries a 3.37 ERA over four seasons. Giolito allowed more earned runs than anyone in the Majors in 2018, but he has posted a 3.43 ERA over the past two seasons, earning American League Cy Young votes each year. He also tossed a no-hitter last August against the Pirates. Fried was dominant last season going 7-0 with a 2.25 ERA in 2020 en route to finishing fifth in the NL Cy Young race.