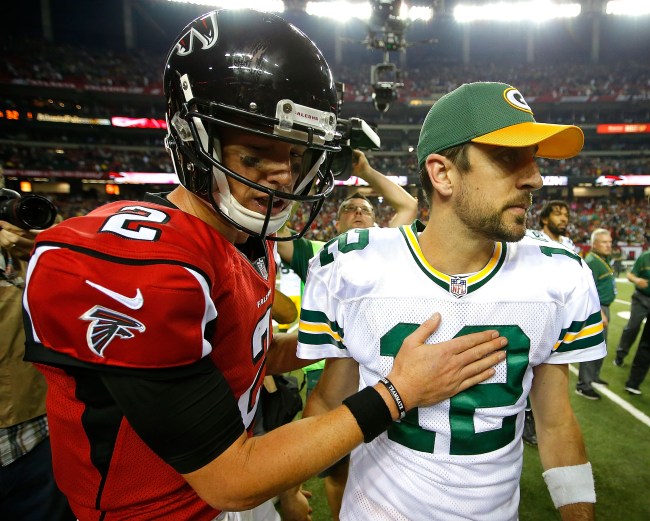 Being one of the highest-paid quarterbacks in the NFL has to be an awesome feeling. I mean, who the hell wouldn’t want to be paid millions upon millions of dollars to throw a football for a living, while, given the new rules, basically be protected by the league so not to get hit too hard. Sounds like a pretty good life, right? Plus, QBs always seem to get the good looking ladies, just ask Gisele Bundchen or Danica Patrick how they feel about being with a quarterback.

Problem is, when a guy’s one of the highest-paid quarterbacks in the NFL, there comes a lot of expectations and criticism. It’s the most glorified and most important position in sports, so, when someone earns that kind of cash, he’s expected to lead his team to big wins, while putting up big stats and showing why he’s the face of a franchise.

None of the 6 highest paid QBs in the league made the playoffs in 2018. They combined for 31 wins.

Of course, it’s not all the faults of the quarterbacks, as Aaron Rodgers didn’t have an offensive line protecting him, Jimmy Garoppolo got injured and some of the others, while putting up decent stats, didn’t have a team around them to compete for a playoff spot. Still, the finger gets pointed at the QB in good and bad times, so this is pretty hilarious that six guys, who combined to earn $171 million this year, are sitting at home watching the NFL playoffs like you and me.

While it’s funny that none of the top-6 highest-paid quarterbacks made the postseason, it’s insane to think that, with all that talent, these guys were only capable of winning a combined 31 wins. For all you non-math majors out there, that breaks down to about five wins per player, and, even deeper, comes out to being about $5.5 million for each of those wins when given their combined salaries. Talk about a terrible return on investment.

I know that quarterback’s an important position — and there are some future Hall of Famers on this list — but, damn, this seems like a waste of money. Have fun popping cheap beers and cozying up on the couch like the rest of us to watch the NFL playoffs, suckers.