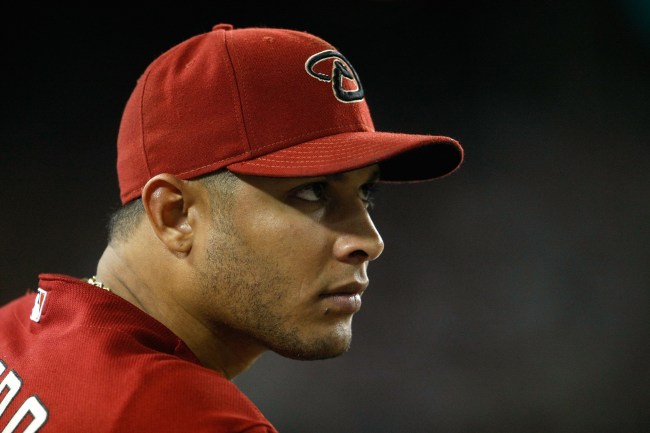 A wild scene broke out during a Venezuelan baseball game on Wednesday night.

In the eighth inning Caribes Anzoátegui pitcher Angel Nesbitt drilled Águilas del Zulia outfielder Alex Romero in the back. Romero then turned around and started beating the crap out of the catcher with his bat.

I’ve never seen a brawl like this before 😱 (via @memes_lmp) pic.twitter.com/JjZxGYFOMt

According to Yahoo Sports, there was bad blood brewing between the two teams throughout the game that eventually exploded in the 8th inning.

The incident was a continuation of bad blood that had been brewing throughout the game. It initially boiled over in the seventh inning, when Caribes’ Cesar Valera was hit by the first pitch after Niuman Romero and Alexi Amarista had hit back-to-back home runs. The benches cleared then as well, leading to the ejection of three players and Caribes manager Jackson Melian.

In total, five batters were hit and nine were ejected stemming from the hostility. Fines and suspensions will surely follow. Romero, who played in 144 games for the Arizona Diamondbacks between 2008 and 2009, is likely to receive a significant ban.

Romero is definitely going to get some vacation time for hitting someone with his bat.