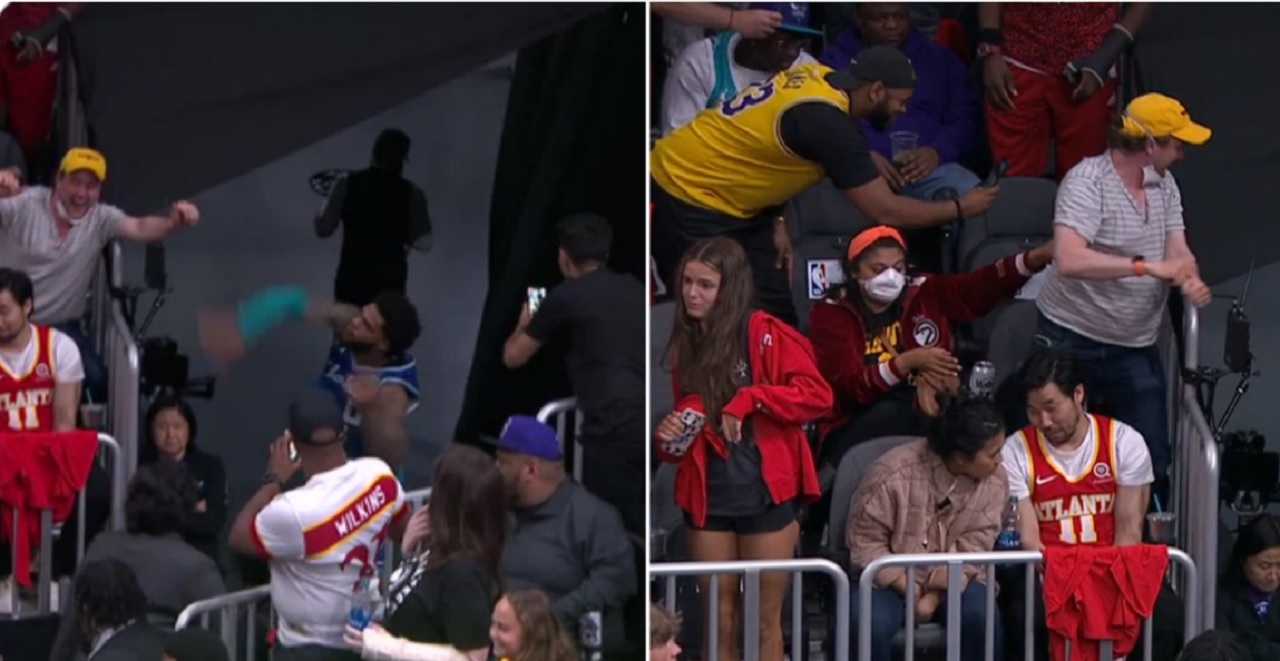 Hornets star Miles Bridges needs to work on his aim this offseason.

In the fourth quarter of the Hornets-Hawks play-in game, Bridges was ejected after getting heated during an argument with a ref over a goaltending call.

Miles Bridges was ejected after arguing this goaltend call. pic.twitter.com/ijvc7SxlNF

As he walked off the court, Bridges appeared annoyed by a heckling fan and threw his mouthpiece at him. Unfortunately, the mouthpiece missed the heckler and hit a teenage girl standing next to him instead.

Miles Bridges popped that little girl in the head with his mouthpiece & she didn’t even flinch. Boss.
pic.twitter.com/JBLoT9lYPc

Update: Bridges tweeted out that he wanted to make amends with the young girl that he hit with his mouthpiece.

Somebody get me in contact with the young lady. That’s unacceptable. https://t.co/MlLZjMgcBF

Miles Bridges just threw his mouth guard to a little girl, if I’m her father I’m telling her to get on CNN like pic.twitter.com/dN4MwIuVWu