Hot Take: An Ode to Anderson Silva, the UFC’s Greatest of All Time 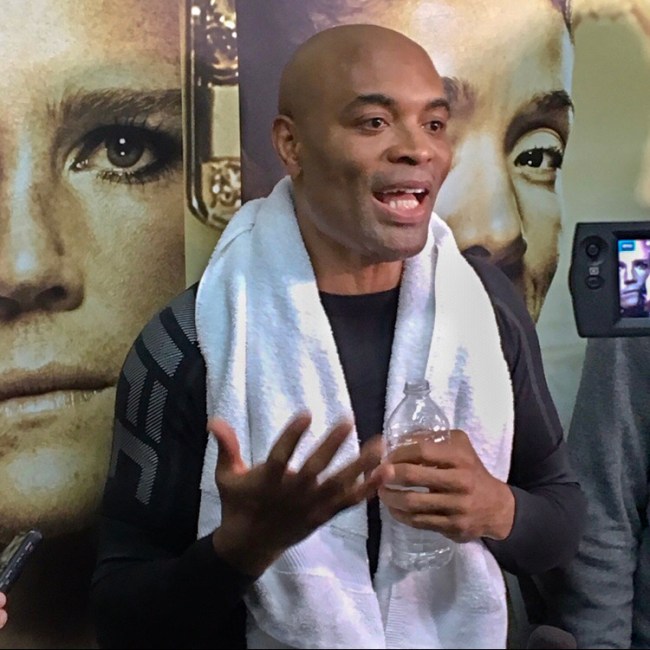 But he popped for PEDs, and he’s only won one fight proper in the last eight years. Even then, did he really even beat Derek Brunson at UFC 208?

Seriously, how can Anderson Silva be considered the greatest mixed martial artist of all time, especially in the wake of the retirement of Khabib Nurmagomedov, the UFC’s undefeated lightweight GOAT, who walked away from the sport just last week after UFC 254?

How, you ask? Well, let me tell you a little story …

Our intro to Silva… 🇧🇷 Who knew the heights he would reach! 🕷 @SpiderAndersonSilva prepares for his final fight in the UFC this Saturday. #UFCVegas12

The year was 2016, and the UFC was set to celebrate its 200th Pay Per View card with a ginormous three-event weekend, culminating in the highly anticipated Jon Jones vs. Daniel Cormier re-match, which would also serve as the Christening of the T-Mobile Arena.

It was an action packed International Fight Week, with tens of thousands of fans from around the world set to arrive in Las Vegas to attend the UFC expo and meet the dozens of fighters in attendance during the daytime. The nights would be filled with plenty of fights, memorable fights, like Eddie Alvarez winning the UFC lightweight title with a blistering performance over then-champ Rafael Dos Anjos, and Joanna Jędrzejczyk methodically breaking down Claudia Gadelha a night later to retain her strawweight belt with a technically perfect performance.

The whole extravaganza was the UFC’s biggest undertaking to date — this was before the $4.2-billion sale to WME, which would take place less than two months later — with Jones vs. Cormier, one of MMA’s greatest rivalries, placed at the head of the table, the top of the mountain, the final bout of a weekend.

It was a great time in the fight game, and there was absolutely no way I was going to miss these fight cards, even if it meant pulling off coverage on a shoestring budget. However, there was only one problem. Just one day before I was set to drive through the desert from LA to Las Vegas, just in time for the UFC 202 kickoff press conference with Conor McGregor and Nate Diaz, Jones was flagged by USADA for what they were then calling a potential doping violation. Jones would later go on to claim it was tainted “dick pills.”

With Jones off the card, the whole weekend felt like it would eventually come to an anti-climax, even if Brock Lesnar was making his return to the Octagon. There was just no way to replace a fighter like Jones, especially at the ticketing window, where Nevada laws stated that the UFC must offer fans refunds because a main event participant withdrew from competition.

It was a major blow to UFC 200, International Fight Week, and the UFC itself, as the company was in the midst of negotiating its historic sale.

There appeared to be no remedy for the situation, even though light heavyweight champ Cormier (yes, Jones was only the interim champion at that time) was caught on camera pleading with Dana White to still allow him the chance to fight his rival after signing a waiver. Seriously, how do you replace one of the greatest champions in UFC history, who is set to fight in a major title unification slash heated grudge match?

Well, for the UFC brass, the answer was actually quite simple. Just fly Anderson Silva, the greatest fighter of all time, over from LA, have him make weight and fight Cormier in a non-title affair, up a division, on 48 hours notice. No big deal.

Turns out it wasn’t.

Despite losing three of his last four — the only fight that wasn’t a loss was a “No Contest” against Nick Diaz — Silva took the short flight to Vegas and immediately transformed UFC 200 and International Fight Week into a different kind of affair.

Sure, fans in attendance would not get to see Jones and Cormier settle their historic feud, but everyone in town, from Brazil, from Canada, from Ireland, from Russia, and who knows wherever else, wasn’t really mad about it. They’d have a chance to see Anderson “The Spider” Silva, the greatest wizard in the history of MMA, step into the Octagon at an historic event.

For me, that was my first live exposure to Silva, and his aura magnified throughout the vestibule that separates the MGM Grand Garden Arena from the casino floor, as thousands of gawking fans parted like the Red Sea as “The Spider,” flanked by his handlers, was escorted to the media center for a press conference.

A living legend was going to do the unthinkable: fight Cormier on two days notice and save UFC 200.

Forget the last 3 years. Anderson Silva is thee GOAT; dude came out of nowhere to make the biggest card ever even bigger, dare I say#UFC200

On fight night, things didn’t go Silva’s way. How could they? He was fighting an Olympic-caliber wrestler who had a full training camp.

However, the one time Silva connected with a thudding body kick — I can still remember sitting cageside and hearing the sound of his shin connecting with Cormier’s midsection as the thunderous slap echoed throughout the arena — the entire crowd went wild.

In terms of performance, it was the highlight of the night for Anderson Silva, but in terms of heart, bravery, competitive fire, and a set of brass nards, the mere arrival of “The Spider” into the Octagon that night was the very definition of what it means to be a GOAT. He literally saved the UFC on the promotion’s biggest night, giving the fans and media a show that they’d always remember.

Personally, it was a memorable experience to be there that night, to witness the greatness of Anderson Silva. I also witnessed the emotion of Anderson Silva, and quite literally evoked that emotion at the post fight press conference, causing “The Spider” to tear up (timestamped video below). It was a genuine expression of gratitude and love for fighting and martial arts.

It’s okay, GOATs can cry. Even Jones and Khabib have publicly shed tears in pursuit of greatness.

Years later, it’s impossible to ignore the string of losses that have come to put a damper on Silva’s career and legacy. It’s also impossible to ignore that mixed martial arts has grown and evolved as a sport over the years, with fighters like Khabib making a legitimate claim to the MMA GOAT conversation, joining fighters like Georges St-Pierre and Jon Jones atop the UFC’s Mount Rushmore. Jones, of course, is a fighter who very much molded himself in Silva’s fashion, as did middleweight champion Israel Adesanya, which is just further proof of Silva’s legacy.

Tonight, in less than 1 minute, I did something that not even Daniel Cormier could do in 15. I brought Anderson Silva to tears …#UFC200

But you know what’s impossible to ignore? A UFC record 16-straight wins and the longest championship reign in UFC history: 2457 days.

What else is undeniable? Silva’s nine finishes in UFC title fights, yet another record. And how about his 10 straight title defenses and 14 fight night bonuses?

There is literally no one else on the UFC roster, save Jones and Demetrious Johnson, who has career numbers even close to these. Not GSP, not Khabib, not Conor McGregor, not Royce Gracie, B.J. Penn, Daniel Cormier, Donald “Cowboy” Cerrone, nor either Diaz brother.

In this regard, Silva’s legacy stands alone, and that legacy continues this weekend, as Silva faces Uriah Hall, in what is being billed as his final UFC fight.

But just because Anderson Silva is walking away from the Octagon, doesn’t mean his legacy ends here. It will continue for generations to come, and that’s something only the GOAT can claim.