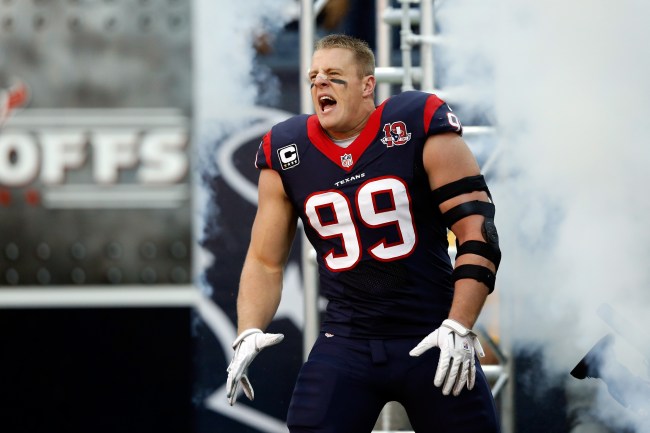 One former Texans coach is not happy for J.J. Watt.

On Monday afternoon it was revealed that Watt had decided to sign with the Arizona Cardinals in a deal that is going to pay the former Texans defensive end very handsomely.

NFL Network Insider Ian Rapoport reported Watt is signing a two-year deal worth $31 million, with $23 million guaranteed. The Cardinals later announced the two sides had agreed to a deal.

Watt could have been enticed by a number of different factors, starting with his former Texans teammate who was sent west in a stunning trade about a year ago. He might have also raised an eyebrow at the thought of teaming up with incredibly productive edge rusher Chandler Jones to create a nightmarish duo

After the signing, Bills beat writer Josh Reed spoke to a former Texans coach who ripped Watt for being “selfish” and someone “who only cared about his stats.”

FWIW Bills fans: I spoke to someone who was on the Texans coaching staff with Watt and the review wasn't glowing. "He's selfish, only cared about his stats", "he does a lot of things that hurts the defense", "he hurt us more than he helped us", and finally "I wouldn't want him"

This quote from the anonymous coach is pretty surprising considering how well-liked Watt is in the locker room.

Houston just continues to dig themselves into a bigger hole. Why on earth would you say this about the best player in your team’s history? And why would any free agent willingly sign there at this point? https://t.co/GiYy0jzWKU

"I wouldn't want him" coming from the coaching staff of an absolute dumpster fire of a franchise… https://t.co/44iZx7jVUY