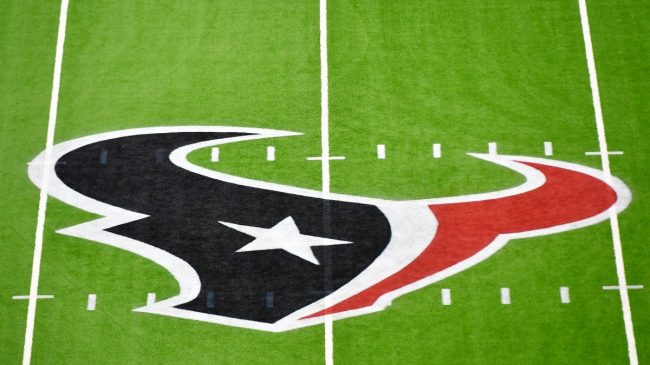 What in the blue blazin’ hell is going on in Texas? Look, we know professional sports teams like to create outrageous meals and snack foods for the fans, but the Houston Texans took it to a whole new level this season. Who even comes up with this stuff?

According to Darren Rovell, Houston is going to be selling “The Texas Firecracker.” It’s a strange mix consisting of Flamin’ Hot fried pickles soaked in cherry and blueberry kool-aid served with a side of jalepeño ranch. Don’t get us wrong, some elements sound great, while others, well, we could do without.

I like a good fried pickle as much as the next guy and jalepeño ranch sounds amazing. But who in their right mind thought soaking pickles in kool-aid sounded like a good idea? I understand the Texans are trying to hit that sweet, spicy, sour taste just right but good lord is this a bold approach.

Chances are this thing is going to sell like crazy. People are going to want to try it out and see if it’s good. I don’t even live in Houston but if I somehow go to a Texans game this year, you can bet I’d be purchasing one of these “Texas Firecrackers” as soon as possible. Who knows? Maybe the organization has a genius chef on their hands. Or maybe, they hired a group of five-year-olds who brainstormed this monstrosity.

Either way, we’re at least down to try it.