How Accurate Are ‘Madden’ Super Bowl Simulations? Here’s An In-Depth Look At 15 Years Of History 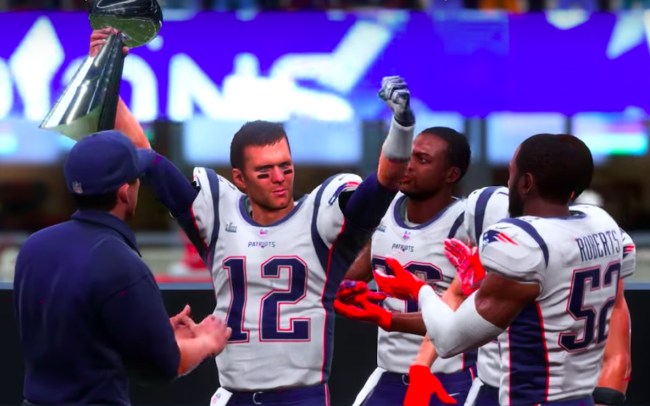 The New England Patriots are currently 2.5-point favorites over the Los Angeles Rams ahead of Super Bowl LIII on Sunday, and while no one knows exactly how things are actually going to play out, EA Sports gave it their best shot by simulating the matchup in Madden 19 before releasing a video earlier this week.

If their predictions are to be believed, Jared Goff will best Tom Brady by throwing for over 300 yards and lead the Rams to a 30-27 victory over the Patriots with the aid of four sacks from the horrifyingly muscular Aaron Donald.

However, how much stock should we really put into the prediction? I decided to take a look back on the past 15 years to see how accurate they really are.

Super Bowl XXXVIII was the first contest to get the Madden treatment, and while the score was a bit off, the game successfully guessed the winner and predicted the matchup would be decided by three points (it’s managed to forecast the differential on three different occasions).

The game would go on to predict the winner of the first four Super Bowls it simulated and would have had a perfect record over the course of the first seven games if it wasn’t for David Tyree and his meddling helmet.

Since getting off to a 6-1 start, Madden has been the definition of average, going 4-4 over the past eight games (an overall record of 10-5). However, the game deserves some extra credit for managing to perfectly predict the final score of Super Bowl XLIX with a tiny bit of help from Malcolm Butler’s late-game heroics.

If you like reading way too much into patterns, Madden has alternated between correct and incorrect guesses over the past six years, which means the Rams are a lock to raise the Lombardi Trophy in Atlanta assuming the trend continues.

Here’s a full list of the results over the years along with all of the videos I could dig up.