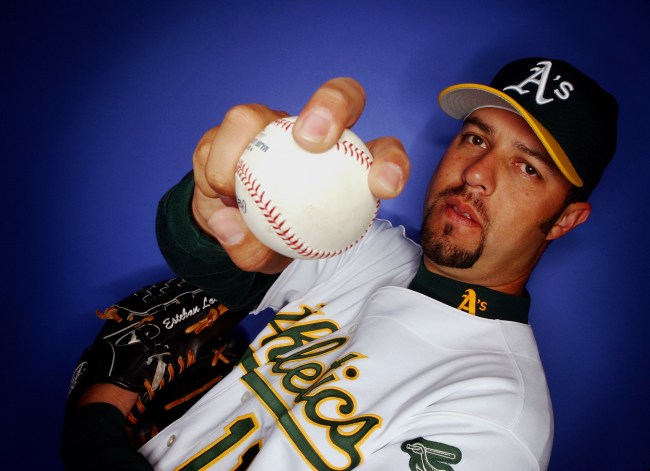 In 2003, Esteban Loaiza led the league in strikeouts with the White Sox and finished second in the American League Cy Young voting behind Roy Halladay. He was a bonafide celebrity in his home country of Mexico and threw two shutout innings in the All-Star Game, when the stadium was flooded with sombrero-wearing fans.

In 2019, Loaiza was working predawn hours at a Corner Bakery chain restaurant at a San Diego mall, making cinnamon roll French toast in conjunction with a work furlough program before he would serve three years in prison for felony cocaine possession with the intent to distribute.

In February 2018, authorities found 44 pounds of cocaine (street value $500,000) in the rear floor panels of a Nissan Quest minivan parked at an empty townhouse on the California/Mexico border.

At Loaiza’s sentencing, the prosecutor said the claimed Loaiza was broke after making $44 million in his 14-year baseball career, owning four cars and zero properties.

Pictured below is Loaiza’s Lambo parked in the Oakland A’s players lot during a 2006 game against the Diamonbacks. 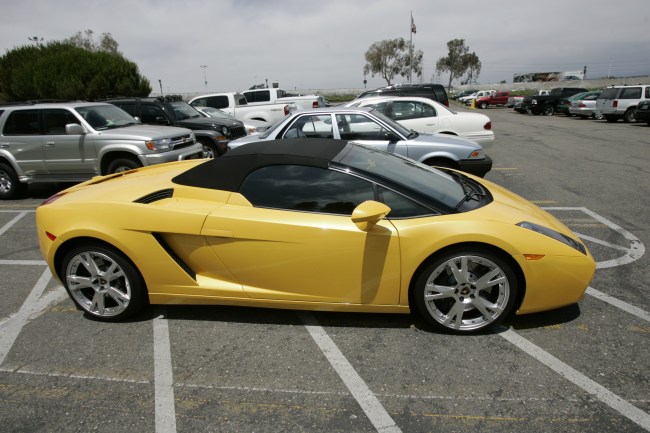 A recent deep dive by Bleacher Report’s Scott Miller details how Loaiza’s irresponsibly fiscal decisions coupled with the greed of those close to him put the former pitcher in a desperate place.

In the late 90s, Loaiza had an affair with Ashley Esposito, then 19, who nannied for teammate Ivan Rodriguez’s family. The affair started just two weeks before Loaiza married a woman named Christina Teadora Varrasso.

In the divorce, Varrasso said that Loaiza, taking from community funds without her consent, spent, among other things, $64,732.32 on a Lexus for Ashley; made approximate down payments of $30,000 on cars for his sister, mother and brother; and paid $78,436.56 to Ashley’s mother, primarily for child care, but also made an additional $6,548.68 in payments to her before the child’s birth. There allegedly was another $82,550 in payments made to his mother, $118,745.38 in gifts or loans to other members of his family and approximately $145,000 spent on hotels and airfare for trips Loaiza did not go on, including trips involving Esposito and her family.

Oakland radio broadcaster Vince Cotroneo, who arrived in Oakland at the same time as Loaiza in 2006, describes the pitcher as a harmless “knucklehead.”

“He wasn’t a bad guy. He was always helpful for what we needed to do. He was a little quirky, but you can say that with a lot of people.

“I went to Oakland and so did he in ’06. This was the Lamborghini-driving, Maserati-driving, DUI Loaiza that we got. The paint was starting to dry. You were starting to capture the full portrait of the guy. When he got to Oakland, it got stranger.”

Quirky—like during his stint with the Rangers when teammates caught wind that Loaiza was in the players’ parking lot washing his car in the middle of a game, in full uniform.

In the lead up to his sentencing, his former agent wrote a note to the judge asking for leniency, citing Loaiza’s immense generosity during his playing days—like donating $50,000 to a San Diego Padres project to build a baseball field for underprivileged children in Tijuana even though he never played for the Padres.

Esteban was handed three years in federal prison, with his waning moments moments of freedom spent making bacon and cheddar paninis at a strip mall.

“But he was a really nice guy; everyone here liked him,” the manager says. “If you see him, tell him his Corner Bakery family says hi.”