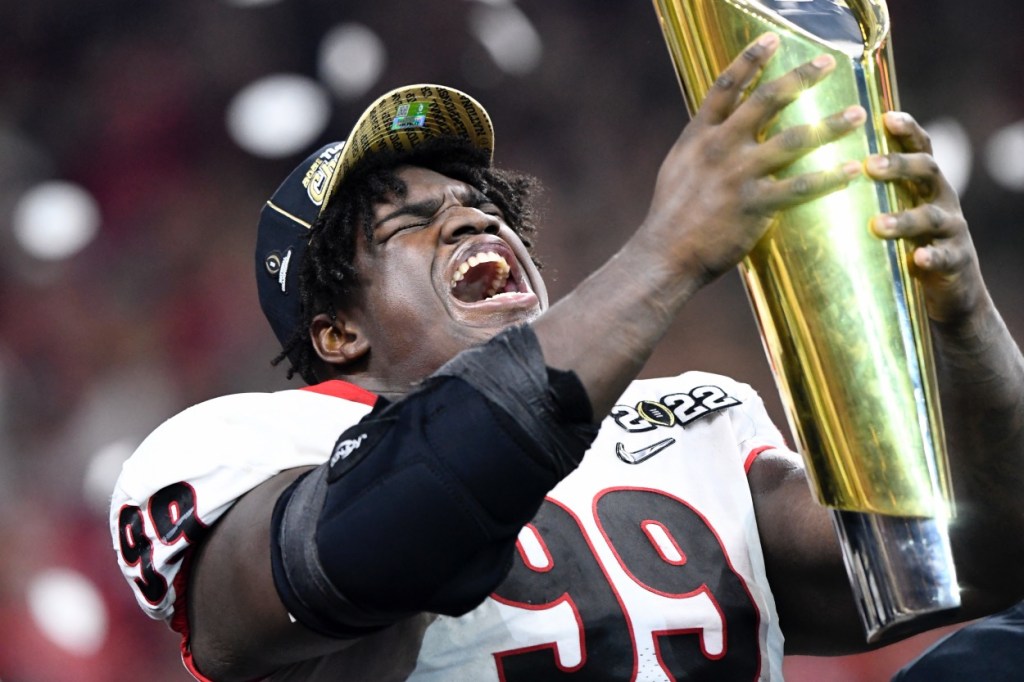 The Georgia Bulldogs ended their 41-year National Championship drought by beating Nick Saban’s Alabama and they did it on the back of an elite defensive squad. Georgia’s defense was lauded with praise throughout the season and often referred to as ‘historically great’. As it turns out, the Bulldogs defense that won the National Championship was, in fact, historically great.

After UGA won the game, quarterback Stetson Bennett IV said the Georgia Bulldogs defense ‘won the game for us’. Safety Lewis Cine led UGA in tackles and echoed that sentiment saying “I think our defense is definitely in the history books.” Alabama’s Offense averaged 39.6 points this season (6th best in the nation) and they were putting up 338.2 passing/receiving yards per game. How on earth did the Georgia Bulldogs defense stop that? They were historically great.

Josh Planos over at FiveThirtyEight crunched the numbers to see just how elite the Georgia Bulldogs Defense was this year. He did that by comparing the Defensive Efficiency to every National Champion dating back to 2005. What he found is the Dawgs ranked second only to Alabama’s 2011 team.

Only ONCE did the Bulldogs D/ST ever underperform and that was the SEC Championship game against Bama which they’d later get revenge against in the Natty.

How Good Was The Georgia Bulldogs Defense? Historically Great

Here’s how the seasonlong defensive efficiency ratings break down by ear for every national champion since 2005:

The Alabama Crimson Tide was the only college football team that scored more than 17 points against the Georgia Bulldogs Defense this season. And the national average by offenses was 28.5 points a game, to give you an idea of just how elite UGA was in keeping the opposition out of the end zone.

The amount of tweets out there including the words ‘Georgia + Defense + Elite’ is truly staggering. Here are just a few.

Everyone Believes The Georgia Bulldogs Defense Was Elite AND They’re Right!

Georgia's 2021 defense was elite and one of the best in CFB history.

Nakobe Dean and Channing Tindall are the engine to Georgia's elite defense.

2 of the most physically gifted linebackers in the country

This Alabama Georgia game is a snooze fest.

The defensive players in this Alabama Georgia game are elite, and the defense itself is incredible.

Both statements can be true.

After a few years of elite offenses dominating college football and winning national championships, Georgia and the best defense in the nation wins it all. w/o highly touted QB.

Is this a sign college football is cycling back to elite defense is greater than elite offense?

Heck of a ballgame. Georgia’s defense was elite all year. Good for Stetson Bennett. 1980 was a long time ago.

Watch a junior LB who was the talk of the transfer portal sweepstakes in the offseason miss his assignment here. Heckuva play call.

Blame injuries all you want but neither happened for Bama. pic.twitter.com/xHPjmDifKk

Welp, who ya got next year? Alabama, Ohio State, Georgia, or Clemson?