How To Love A Philly Fan 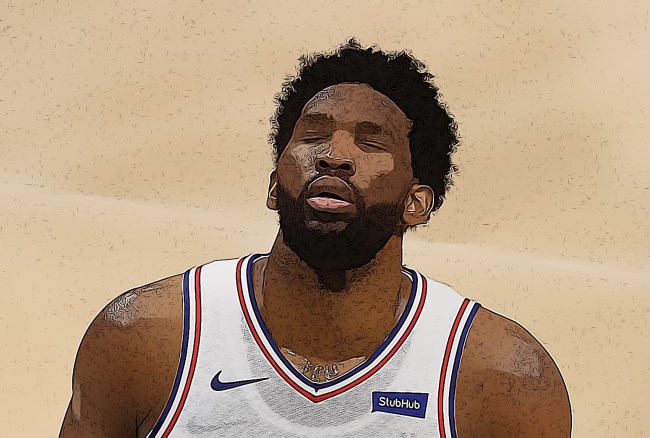 I’m not going to sit here atop Bunker Hill and pretend that Philly fans are any more vile than the general population.

When you strip away cultural confetti, we’re all the same scared, egotistic, deluded bag of organs that could be convinced that Decapitating Santa is a worthy cause. There’s a reason humans can’t buy razors in all 50 states without a locksmith. True freedom is just the understanding that we’re all in this basket of deplorables together.

With that said, Philly fans are without question the most vile, repugnant, sewer-dwelling swine of us all, and this is coming from a guy who unironically defended his shirtless quarterback for making out with his son (“He hardly used any tongue dude!”).

And today, just this one monumental Monday in June, I am overcome with the urge to drag a Philly fan off the Rocky steps, wipe the vomit from his chin, and tell him that everything is going to be okay. Because healing always begins with a fantasy.

I can’t be alone in this. Anyone who’s ever been gutted by their sports teams or walked in on their ex with her personal trainer Derek can empathize with the agony monopolizing Philadelphia right now.

If you still can’t recognize them as human, try to imagine any of these truths personally affected you or your loved ones.

On your home court, you are eliminated by a lower seed who had previously been 0-9 in Game 7s on the road.

Your team was up 25 with 3:15 left in the third quarter of Game 5 before giving up 51 points in the remaining 15+ minutes and vomiting away a 99.7 win probability percentage. All in the presence of your franchise’s greatest player.

Your team’s star, who LeBron James once claimed could be better than him, posted these 4th quarter numbers in the series:

Your squad becomes the only team to blow back-to-back 18 point leads in the playoffs in the past 25 seasons.

The opposing team’s fourth best player desecrated on the man who’s jersey you spend the most money on.

You were forced to root for a 36-year-old man with this situation:

The entire city of Philadelphia is rightfully down bad. The urine that usually sprayed at the Liberty Bell has been replaced with tears. Rocky is being played at half volume. Street lights are no longer being used as urban jungle gyms. As a rare moment of grievance renders the city calm, the rest of the country is reminded just how much we need those crazy bastards.

So instead of mocking a Philadelphian in these devastating times, try leading with kindness and empathy because none of us are immune to total destruction.