How To Watch Every NFL Game 2021, Courtesy Of Patrick Mahomes And Dak Prescott For NFL SUNDAY TICKET On DIRECTV 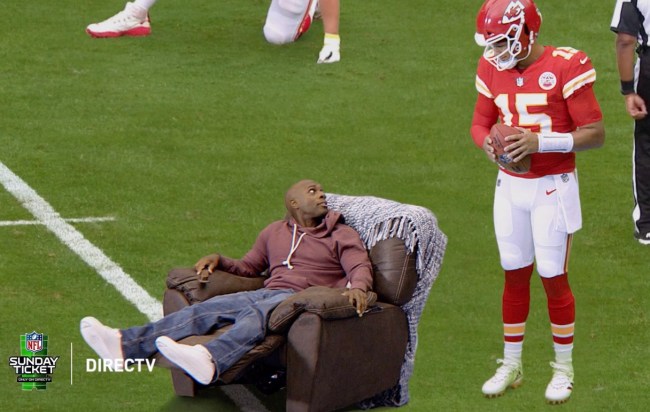 Here’s my unofficial shortlist of the greatest technological achievements of our time:

Invented in 1994, NFL Sunday Ticket is truly one of the most revolutionary entertainment inventions of our time, allowing us NFL fans to watch any and every NFL game of our choosing at home or at our favorite game day bar. Best of all, it’s the brainchild of the one and only Jon Taffer, who figured out how to make it consumer-friendly back in the day.

DIRECTV NFL SUNDAY TICKET remains the only way to watch every out-of-market game LIVE every Sunday afternoon, no matter where you are in the United States.

And it’s back for another season, with Patrick Mahomes and Dak Prescott recruited as pitchmen for the service. Check out their new TV spots here:

“I know that there are millions of members of Chiefs Nation who live outside of the Kansas City area. For them, NFL SUNDAY TICKET on DIRECTV is the only way for them to watch all of our games.” said Mahomes in a press release.

“This was truly a fun campaign to work with DIRECTV on,” said Prescott. “I’m sure all of my friends back home in Louisiana will give me a good-natured ribbing for it, but they know the only way to see me play every week is on NFL SUNDAY TICKET.”

DIRECTV is being spun out of AT&T, recently announcing that it’s all in on video. For NFL fans, this means lots of options on Sunday, including the ability to watch every game on their Sunday Ticket App.

Crazy trivia fact: This will be Andrew Siciliano’s 17th season hosting DIRECTV’s RED ZONE CHANNEL®. A whole generation has now grown up with Siciliano calling the NFL’s most exciting plays, myself included. It’s impossible to imagine the hours of 1PM ET – 7PM ET on a Sunday in the fall without him.

DIRECTV NFL SUNDAY TICKET costs about $300 for the year, depending on whether or not you’re a DIRECTV subscriber.

Money well spent to watch your favorite team from the comfort of your couch every Sunday. 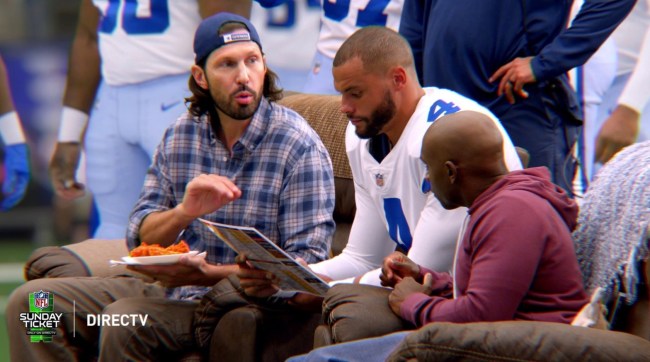