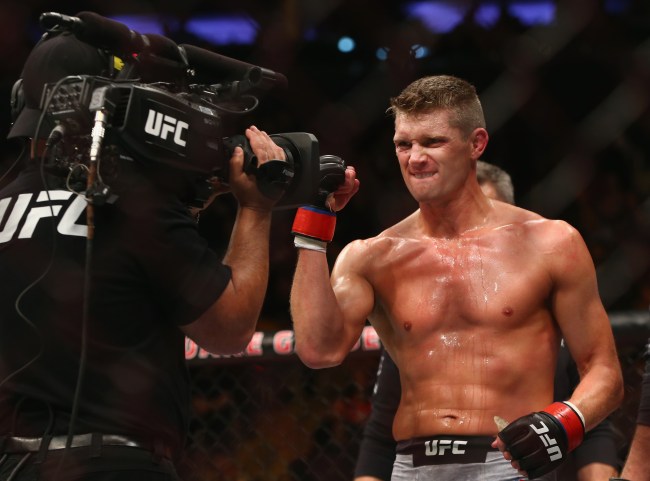 UFC Nashville’s tomorrow night, and the card features some badass fights every fan should be interested in. From the main event, which pits Stephen Thompson against Anthony Pettis, to some of the undercards, the UFC Fight Night 148 is destined to be a doozy. And, while we have a feeling most of you aren’t hopping on a plane to go honky tonkin’ on Broadway down in Music City, there’s only one option to see every punch, kick, submission and knockout, ESPN+, which is the exclusive home for all things UFC.

If you’re anything like we are, you’re looking for ways to scratch your UFC itch. And while you may be thinking to yourselves, “man, another subscription service I need to sign up for in order to watch UFC Nashville?” here’s a friendly reminder that ESPN+ offers a FREE 7-day trial, meaning you can get all the content you want from the sport without committing too much.

So, if you’re already planning on watching Stephen Thompson fight against Anthony Pettis, and all those other fights leading up to the main event, why not dive into all of the programming that ESPN+ has for you to watch all the hard-hitting action? It just makes sense to us, so here’s some of what you can expect with your subscription.

Stephen Thompson and Anthony Pettis are two of the best strikers in the world, and they’ll showcase that talent at UFC Nashville tomorrow night as they battle it out in the Octagon. Don’t be that guy who misses out, so sign-up for ESPN+ and never miss a single thing in UFC ever again.