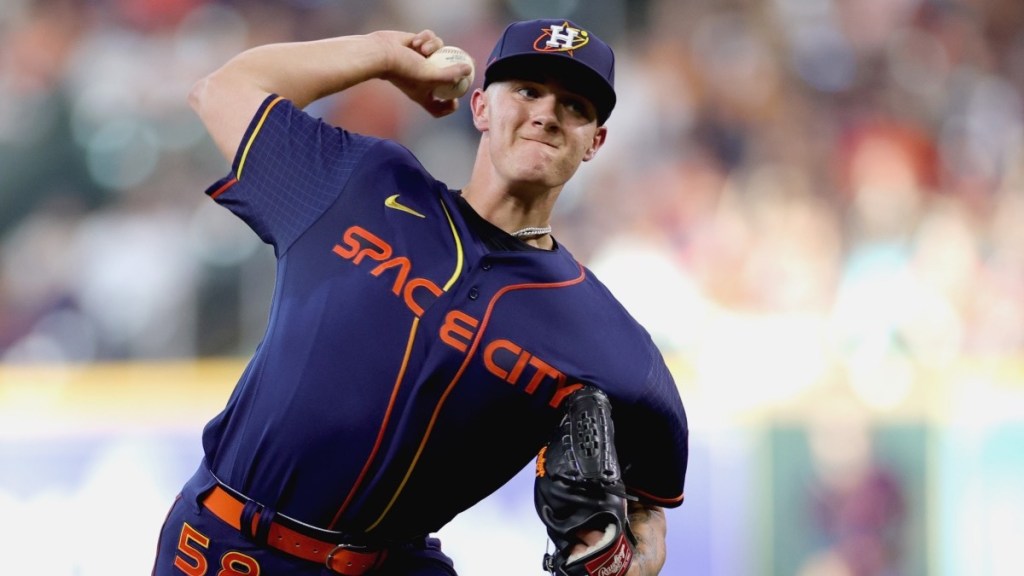 The Houston Astros have once again run away with their division. They hold an 11-game lead in the AL West over the Seattle Mariners and will (likely) soon lock up the #1 seed in the American League.

Houston already has 4 starting pitchers with over 10 wins this season including Justin Verlander who has been pitching lights out this year. He holds a 1.84 ERA and 16-3 win-loss record. This bodes well for Houston Astros pitching prospect Hunter Brown who just made his debut with the team.

Hunter Brown made his MLB debut on Labor Day with the Houston Astros and blew fans away. His stats were great. Hunter Brown went 6 innings with 5 strikeouts, 0.667 WHIP, and gave up 0 earned runs. But it’s Hunter’s pitching motion that completely flew the baseball world away.

24-year-old Hunter Brown was born and raised in Detroit, Michigan. Justin Verlander pitched for the Detroit Tigers from 2005-2017. Verlander was Hunter’s favorite pitcher and he mirrored his pitching motion based on the 2-time Cy Young Award winner.

Here they are side-by-side:

Here is Hunter Brown and Justin Verlander next to each other:

He says that he modeled his game after Justin Verlander.

Check out the side by side. I totally see it. 👀#LevelUp pic.twitter.com/2jxQOHINLl

Justin Verlander is currently on the 15-day IL but he was there to cheer on Hunter in his debut:

Justin Verlander cheering on Hunter Brown is just the absolute coolest shit. How many people have their idol cheer them on like this. Love baseball

There’s no telling what the longevity form Hunter Brown will look like but based on mechanics, yes, he is Verlander Jr.

Time flies! He was SIX when Verlander started pitching for the Tigers.

Hunter Brown was 6 years old when Justin Verlander made his MLB debut on 7/4/05. Life comes at you very fast. #LevelUp

It is wild that Justin Verlander went to the IL so they rolled out his clone:

Justin Verlander gets hurt so the Astros clone him with Hunter Brown https://t.co/gMkGoXVlEb

It was a magical debut night for Hunter. The Houston Astros got the 1-0 win over the Texas Rangers. 6’2″, 212-pound Brown blew Houston’s fans away.

Based on mechanics alone, he’s going to be a beast for years to come in the MLB.

As usual, a move like this got 'baseball purists' all riled up. ⚾https://t.co/vy9AR0sF9i