Hunter S. Thompson Wrote An Amazing Note To The Colts After They Asked For $30 Million To Draft Peyton Manning 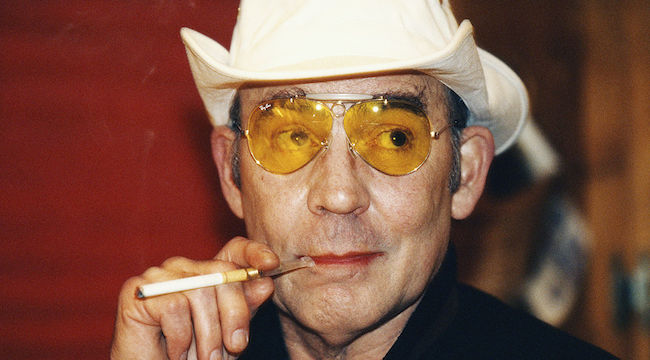 It might seem ridiculous in hindsight, but when the Indianapolis Colts had the first pick in the 1998 NFL Draft, the team had to decide between picking Ryan Leaf and Peyton Manning as their future franchise quarterback. Manning had carried on his father’s legacy during his time at Tennesee while Leaf had taken the torch from Drew Bledsoe on his way to a successful college career at Washington State.

As you probably know, the Colts ultimately decided to sign Manning— a decision that by most accounts turned out pretty well. Leaf ended up being selected by the Chargers with the second pick and went on to become one of the more impressive draft busts in recent memory, lasting only a few years in the league before a downward spiral led to him being arrested multiple time for crimes stemming from a substance abuse problem.

However, there’s a chance history would have looked very different if Indianapolis had taken the advice of a pretty unlikely source: Hunter S. Thompson. On Tuesday, Leaf shared a letter the writer sent to Colts owner Jim Irsay urging him to draft the QB over Manning after Irsay apparently asked Thompson for $30 million so the team could afford to sign the former Volunteer.

Thompson wasn’t exactly known for being a football scout but you have to give him some credit for taking into account the potential dangers of Warren Sapp making it through the Colts offensive line and breaking every bone in Manning’s body.

At least he got to hang onto that Fear and Loathing in Las Vegas money.