Justin Thomas, Rickie Fowler Wore An A+ Shirt Honoring Tiger Woods That I Must Have Right Now 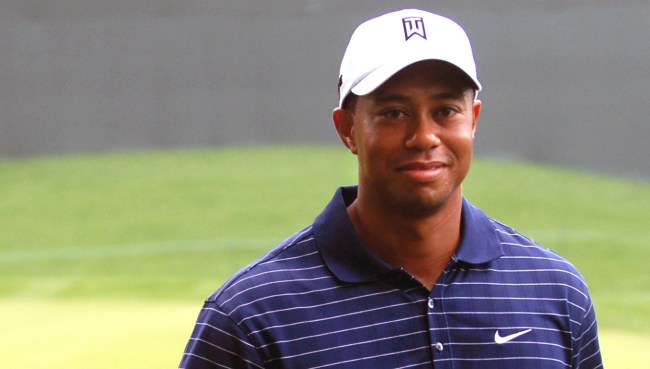 Pretty much anyone and everyone who has an even passing interest in the PGA Tour is very excited that Tiger Woods has made it all the way back to winning form.

Even though the Ryder Cup ended up being a “waste” of Phil Mickelson’s time (and may or may not have almost resulted in a Team USA fist fight), it hasn’t taken any of the shine off the fact that Tiger Woods is back, baby!

Not only did Woods win the Tour Championship, his first PGA Tour vicory since 2013, he’s most definitely got that swagger back.

And it’s not just golf fans that are glad to have Tiger back. So are many of the players on the PGA Tour, including 2017 Player of the Year Justin Thomas and 2018 Masters runner-up Rickie Fowler.

How do we know this? Because over the weekend, the two of them were rocking a new “I Made Tiger Great Again” t-shirt… with Woods also appearing in the photo.

“Felt like a great night to break in the new shirts… fun night celebrating TW’s win in Atlanta! Us players and especially the game is golf is happy to have you back and healthy old man! Here’s to some battles in the future,” Thomas wrote on Instagram.

Apparently, the shirts were gifted to the boys from fellow golfer Zach Johnson.

“I made Tiger great again”…

Not really. But it’s catchy.

The best part? We don’t have to wait for a PGA pro to gift us one of these bad boys. We can score one right damn now over at FairwaySplitters.com. 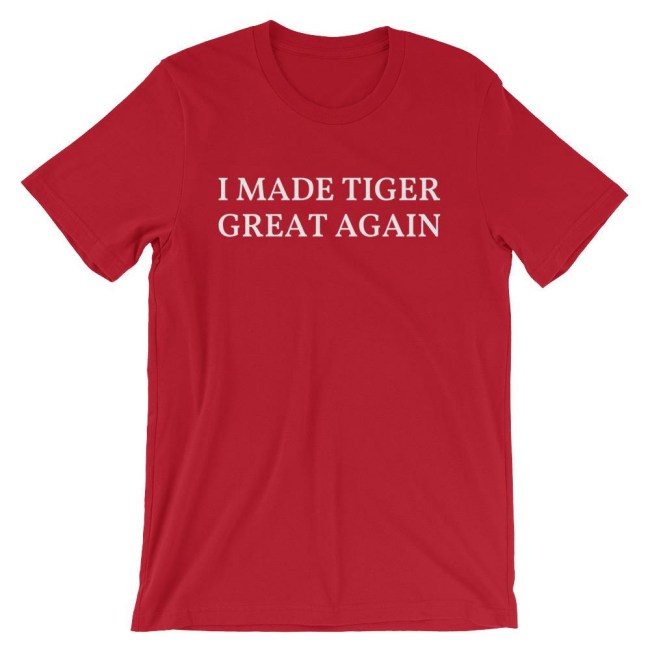 As for the Tiger vs. Phil pay-per-view? Not even Thomas is going to order that.

Oh well. Can’t win ’em all, Tiger. But you already knew that.