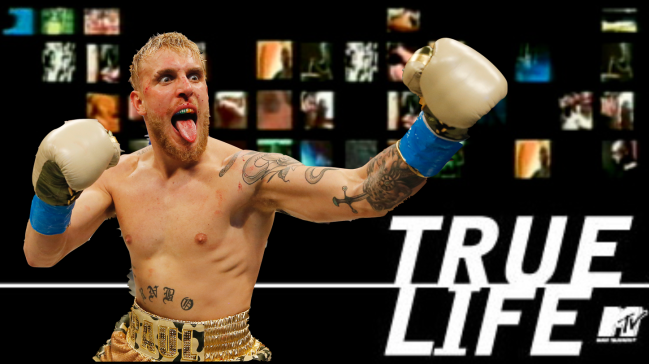 A 20-year-old Jake Paul and his band of groveling Hollister models released the music video for It’s Everyday Bro, the worst thing to happen to white people since pleated khakis and three minutes and 40 seconds of propaganda our enemies abroad will use for an eternity to remind its citizens why they hate us.

At the time of this writing, It’s Everyday Bro has amassed 285,497,889 views on YouTube and it’s 5.3 million dislikes have earned it the #14 spot on YouTube’s most disliked videos of all-time, presumably behind puppy genocide and the subsequent “diss track” Paul released to the hatin-ass media who refused to report all the good thing he’s done in life.

When it was revealed that Paul made enough YouTube revenue from that one music video alone to buy my parents’ house, level it, and become my new step-dad, I had committed myself to a lifelong loathing of Jake Paul and the hair-sprayed clout vultures he associates with.

Sprinkle in a little CoViD iS a hOaX narrative with a pinch of FBI home raid, and I briefly considered him a suspect in the Teresa Halbach case.

In a shocking and unexpected turn of events, riding a craft beer buzz at 7:38 pm on Sunday night, I found myself punching my credit card information into the Showtime portal while sentencing my wife to watch Sex and the City on the smaller TV.

Confusion flooded my brain. Did I really want Jake to win? Did I want him to choke on his own teeth? I didn’t quite know why I was so invested in the fate of my sworn enemy, but hate takes effort, and if it required me to cough up $59.99 to stoke the fire, so be it.

But as I witnessed the Disney alum eat punches delivered by the former UFC welterweight champion and counter with combinations of his own, all while The Boxing Community prayed Paul would suffer a stroke, I felt the hair stand up on my arms.

Jake Paul had gone the distance with one of the generation’s greatest combat sports figures and beat him. Convincingly. In front of Dave Chappelle and 16,000 roaring fans at the Rocket Mortgage Fieldhouse.

I then watched Jake hug his mother, hype up his opponent’s career, become visibly moved by a tweet from LeBron James, and make a very clunky in-ring statement against bullying.

Who’s next? And how far will the culture move the goalposts to avoid giving Jake Paul the credit none of us thought he deserved?

Jake Paul, the same guy who uttered the lyrics This is Team 10, b*tch, who the hell are flippin’ you?, is flipping the script and shocking the world. What’s left to hate.

You either die a villain or live long enough to see yourself become the hero.