Our Long National Nightmare Is Over: Jake Paul Claims COVID Is A Hoax 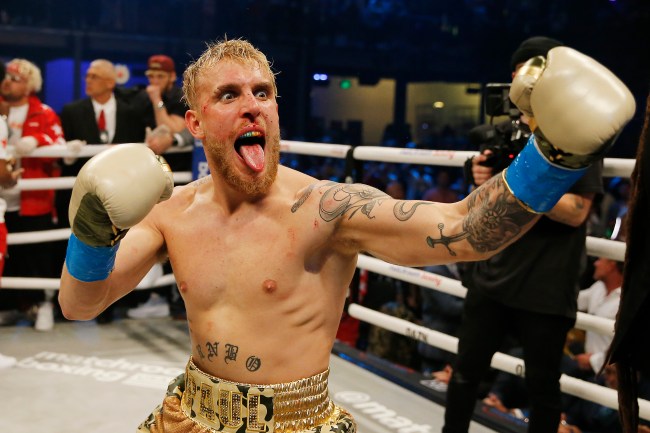 Thanksgiving is back on, folks.

Gather around all your loved ones and spit in their mouths or whatever you guys are into, because Dr. Paul has spoken and the international lockdowns and COVID-related deaths were all just one big gag by Ashton Kutcher and the silly gooses behind MTV’s Punk’d.

Jake Paul has never fallen for this big spoof, packing his California mansion to party and shoot music videos while the state claimed cases were rising.

Dr. Paul sat down with the Daily Beast for a recent interview, and to his credit, did not hang up the phone after being asked questions like this:

During the end of the interview, the Daily Beast went in for the headliner, asking Paul about the parties he threw mid-COVID that drew outrage from his neighbors and sparked a response from the mayor.

You really think that?

Yeah. A hundred percent. There are people losing jobs, there are small businesses who are going bankrupt, there are millions of people who are unemployed right now, people are turning to alcohol and drugs to cope with everything that’s going on. This is the most detrimental thing to our society. COVID cases are at less than 1 percent, and I think the disease is a hoax.

Ugh. Yeah, and so has the flu.

No. The flu has only killed a fraction of that, and we also have a vaccine for the flu.

Don’t we have a vaccine for COVID?

Paul then admits that the virus has killed people and that people at risk should be careful, but the opportunity cost of kids missing out on education and sports and him missing out on an audience for his boxing match isn’t worth the state-mandated lockdowns.

I don’t think we do know who the health professionals are. People like yourself, or people who go on Twitter and read articles all day, you know, 98 percent of news is fake, so how do we know what’s actually real, and what we’re actually supposed to do? I see people on Twitter complaining and being all upset, and saying this person knows this or that, but no one actually knows what to believe. Medical professionals have also said that masks do absolutely nothing to prevent the spread of coronavirus.

I think I speak for everyone when I say we can all breathe easy now, both literally and figuratively.

So come over here grandma and give me a wet one.