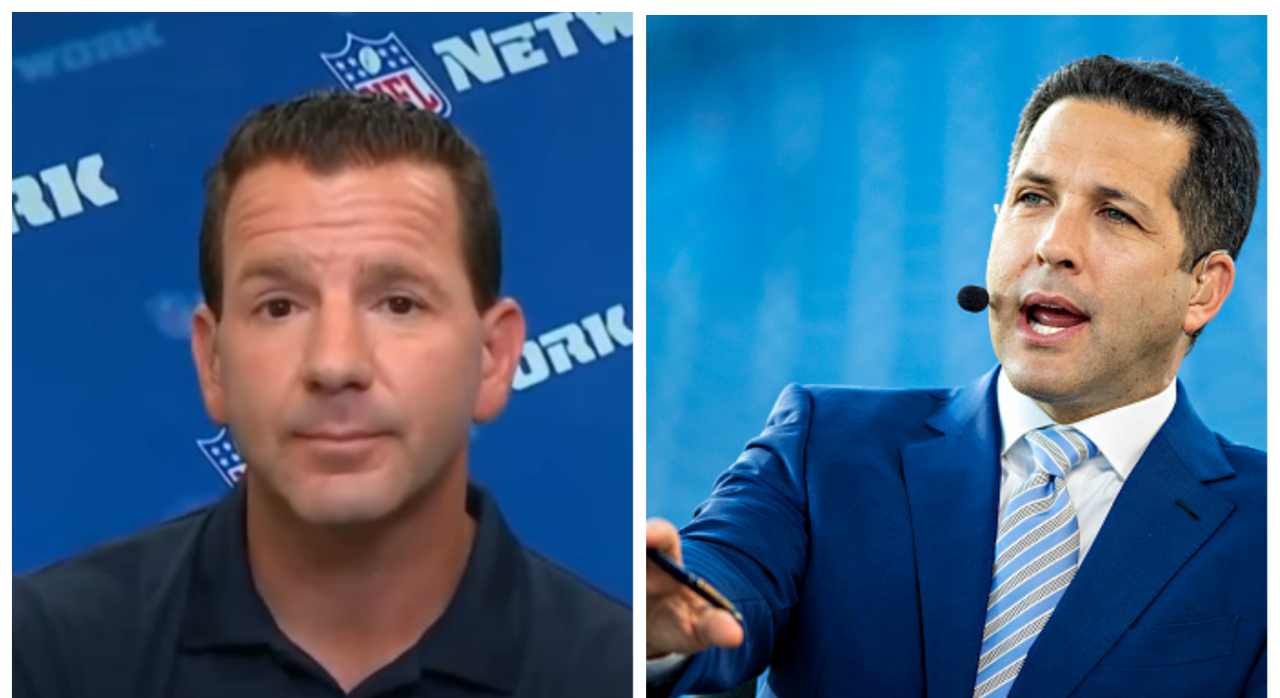 On Wednesday, the NY Post’s Ryan Glasspeigel wrote a profile about Rapoport and his wife and how they juggle day-to-day life while Ian is constantly trying to get NFL scoops.

The inside story of an insider’s wife — behind the scenes of the marriage between @RapSheet and @TheBanktress https://t.co/K2azOincHu

The story continues with details on how the two met, how Ian has a “man cave” basement to work on his scoops, and they also touched on Ian’s rivalry against Schefter.

According to Ian’s wife, the NFL Network is constantly fretting about whether or not he beats Schefty to the punch.

Leah is acutely aware of the two-man race for the news.

“Whenever there’s a story, it’s never like, ‘What random San Francisco reporter may have broken a Niners story?’ That doesn’t matter. It wasn’t Schefter,” Leah said. “If Schefter got there first on the news someone signed, it’s like, ‘Did I get the numbers first?’ It’s always an intense me vs. him. There’s no way around it. I’ve never met him. I don’t know him at all. But I’m definitely Team Rapsheet.”

Ian insists that his rivalry with Schefter isn’t personal and the two are currently friendly with each other.

Ian said, “There’s nothing personal with me and Schefter. It’s really fine. There’s a good mutual respect. We’ll sometimes email each other. It’s not like the Woj v. Shams dunk-a-thon.”

Ultimately, they both concluded, what’s good for Schefter is good for them, too.