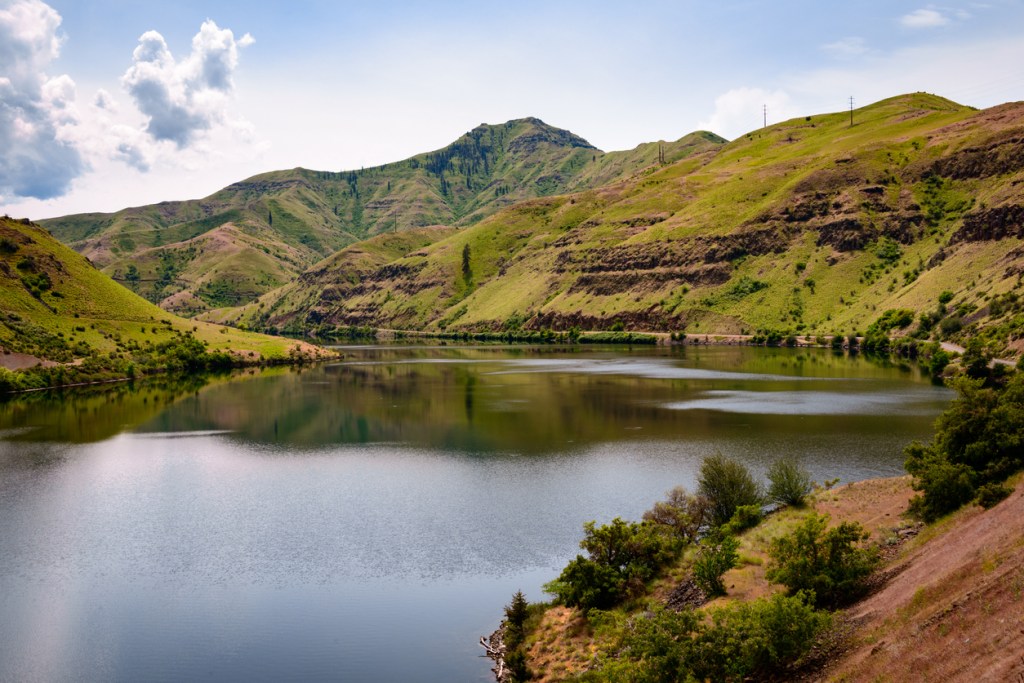 It’s bittersweet to see a young angler catch such a massive sturgeon. I say this because there’s a strong possibility that 12-year-old Tyler Grimshaw has peaked after tying the Idaho state fishing record for catch-and-release. And like many fishermen, he’s now facing a life of chasing that thrill of the fishing record books.

Tyler was fishing in Southern Idaho’s Snake River which is one of the hottest sturgeon fishing locations in North America. The Fraser River in British Columbia is considered the #1 fishing spot in the world for this dinosaur-like species. And the Fraser River tends to overshadow the fact that Idaho’s Snake River in Hells Canyon offers some of the best sturgeon fishing imaginable.

It took 12-year-old Tyler Grimshaw a whopping 50 minutes to land his 10-foot sturgeon in Idaho. A fight that immediately went viral after photos and videos from his catch were shared with the local news and on the fishing captain’s Facebook Page.

The vast majority of people who have ever lived on planet earth have never caught a fish even close to this big. He’s already in the rarefied company by catching a fish measuring nearly 10-feet-long.

The Idaho catch-and-release state fishing record for White Sturgeon is 119.5 inches. That fish was caught on 07/09/2019 by SEVEN different anglers taking turns reeling the record-setting fish in. This 12-year-old angler tied their record all by himself. Actually, his fish was half an inch short but I’m giving him the tie because he did it on his own and half an inch on a fish that long can be attributed to mismeasurement in the wild.

Just how good is the Hells Canyon fishing in Idaho?

Researchers in Idaho have kept records of the Hells Canyon white sturgeon fishing over the past 30 years and what they’ve found is remarkable. They have logs of over 4,000 of these fish caught and among those catches are just less than 10 fish measuring 10-feet in length. So there are some MASSIVE ones in Idaho’s Hells Canyon that are playing very hard to catch.

A fish like Tyler’s is so rare that until last December, researchers hadn’t logged a fish in the vicinity of 10-feet in over five years. The state published a lengthy blog post about how rich this fishery is with big fish back in December. It’s a great read if you want to learn more about sturgeon fishing in Idaho.

For anyone out there who wants to chase down white sturgeon measuring longer than 10-feet my best advice is to book a fishing charter on the Fraser River. British Columbia is where it’s at. This 10.5-foot fish was recently caught and went viral on TikTok and Instagram:

Keep in mind that this a protected species everywhere in North America. You can take photographs and measurements to have a hyper-realistic replica made if you want to mount one on the wall but each sturgeon you catch will be released back into the wild to keep the fisheries healthy.