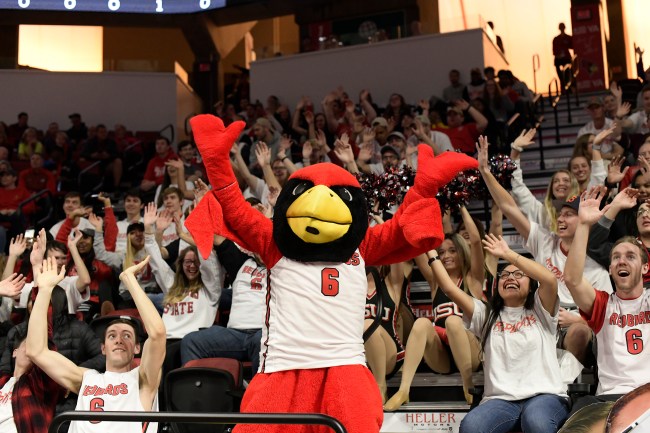 As Scott Van Pelt says, it was “important to some”.

When Illinois State’s Josiah Strong went to the line with the Redbirds ahead by 8 and 40.4 seconds left on the clock, he probably how no idea just how important his free throws were.

He knocked them both down to seemingly extend Illinois State’s lead to 10. There just one problem. Only one of those free throws wasn’t counted by the statisticians at Chicago State.

It went unnoticed as the Redbirds went on to win by 9 anyway, but that left certain individuals unsatisfied. As it turns out, depending on the sportsbook you use, the spread on the game was either Illinois State -9.5 or -10.

That means that depending on who you are, the free throw was either the difference between a win and a loss or a loss and a push.

The Chicago State Athletic Department has identified the scoring issue and is working to fix it.

Luckily for gamblers, some sports books that took bets on the game are doing the right thing.

The final score in Saturday’s Chicago State vs Illinois State College Basketball Game was incorrectly listed as 80-71 Illinois State, when it should have been 81-71.

With the spread at #CaesarsSportsbook listed at 9.5, Caesar has decided to pay out both outcomes.

Pointsbet and Caesars both paid out anybody who bet either side of the game.

Let’s just hope this gets fixed for the real loser here. Josiah Strong deserves his point. That point would have given him 20 points for the game, which would have been his 3rd 20 point game of the year. On a night where he was 6-8 from the field and 4-5 from 3, he deserves that 20 point game.