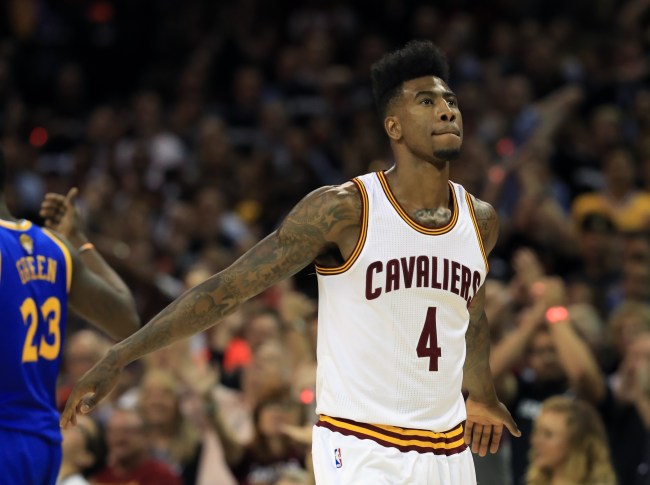 It’s widely reported that LeBron James–the second highest paid athlete on the planet behind Cristiano Ronaldo–is cheaper than airplane headphones. He still listens to Pandora with commercials because he’s too cheap to go Premium, he avoids roaming charges on vacation, and during the Eastern Conference semifinals against the Celtics, he left a $10 tip on an $800 bill at the city’s XO Prime Steaks restaurant. D-Wade’s wife, Gabrielle Union, called him an “exact tipper.”

Last year, Bron made $86.2 million between his salary and endorsements.

“Since I entered the league, half of my checks have always gone into a separate account. That money — I don’t even see it. It’s put into investments. I pride myself on doing that—I’ve done it no matter the size of my contract or salary. My checks went up when I signed my second contract and because of what I’ve saved I don’t really have a lot of worries about money. The funny thing is that now I that I can be way more flexible with what I’ll buy, I’ve found I don’t really need much. Since I became rich, I’ve gotten more free stuff that I have ever imagined receiving in my life. So that’s something: people have everything, really don’t buy much. That was a hard concept for me to understand at first.

Now that I think about it, our whole team isn’t big on expensive stuff. For as much money as we make, we’re all pretty cheap. We split the bill at dinner. We’re smart about our coins, man. If I ever wanted to have someone on the team invest my money, it’d be LeBron. On the other hand, who would I get to throw the most baller-ific birthday party? Like if I wanted circus-in-town type sh*t? I’d let RJ (Richard Jefferson) and Channing (Frye) throw it. Those dudes are crazy.”

“Before the Bentley, I didn’t really care for cars that much. I was still driving a Jeep Wrangler. But then after riding in a couple Bentleys I was like, I like this. This is smooth. And then I found out how much they cost, and I looked at my account and realized that I’d just had all these checks piling up, and I was like, dang, that Bentley’s really not even that much. So I finally bought a Bentley.”

Hey I guess being a cheap ass is better than blowing it all on gambling and car wash investments like some of these other boners.