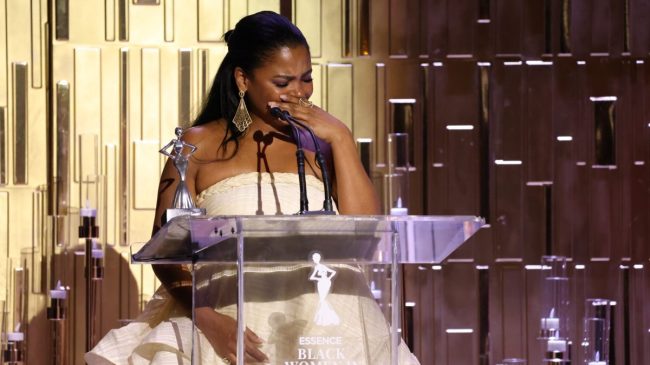 With each passing hour, things seem to be getting worse for disgraced Boston Celtics coach Ime Udoka and his reputation.

Udoka led the Celtics to the NBA Finals in 2022 in his first year at the helm of the team. But Boston suspended Udoka for one year on Thursday amid reports of an improper relationship with a team staff member.

Udoka issued a prepared statement on the matter but has yet to speak publicly.

Meanwhile, fans are laying into him for cheating on actress and 90s icon Nia Long, with whom he had been in a long-term relationship. Long, like Udoka, has not spoken publicly. But she did post a cryptic message on her Instagram page.

Now a report states that Long was blindsided by the news and that Udoka had recently moved her as well as their son across the country to Boston.

Udoka and Long have been dating since 2010 and had a son, Kez, together in 2011. The couple got engaged in 2015 but never got married. Now it appears that may have been a good idea.

TMZ reports that Udoka “kept her in the dark” about the affair despite the Celtics finding out months ago.

Sources connected to the team and the couple tell TMZ … Nia had moved to Boston with Kez, her 10-year-old son with Ime, just 2 weeks ago, and the couple was house hunting.
The sad twist for Nia is that when she moved, Ime was already fully aware his affair with a married front office staffer was about to blow up. We’re told Ime knew way back in July the team was aware of the affair, and was launching an investigation.
Meanwhile, we’re told Nia only found out about it in the last few days … and only because Ime knew it was about to go public.

Cheating on Nia Long is bad enough. Cheating with a married staffer is worse. But dragging her, as well as your child, across the country when you know things are about to blow up is borderline psycho territory.

Not cool, Ime. Not cool at all.