Indiana H.S. Basketball Announcer Absolutely Loses It After A Kid Dunks, Then Resigns 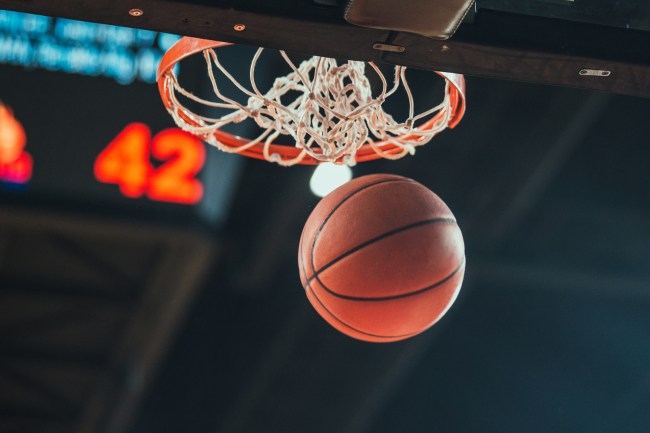 A high school basketball announcer in Indiana has resigned after losing his cool during a game last week. The game took place between Norwell High in Ossian and Fort Wayne’s Homestead High and the play that set this announcer off was basically in garbage time.

Homestead’s team had the game basically locked up at this point, they’d eventually win 62-57 and move to 21-3 on the season, 7-2 in their conference, even after being hit with the technical foul below. They’re currently ranked 11th in the state of Indiana and based on this bitter announcer’s tone below I think there’s some bad blood here.

It’s been suggested that based on the last line of his completely uncalled for rant that maybe he’d previously had some $$$ on this team but I think it probably runs back deeper and this is a long-time ‘powerhouse vs. nobody’ rivalry that set him off.

Didn’t mean any disrespect, but thanks for the encouragement kind sir, I’m flattered! 🐐 pic.twitter.com/JjOOsOUf2k

“Loomis gets two, but then he gets tech-ed up for being a jackass. Stay classy, Homestead. May you lose in the first round like you always do. Typical Homestead attitude. No class whatsoever. What else is new? Congratulations, you didn’t even cover the damn spread.”

Imagine flipping your shit as an announcer all because a kid dunked. Did he mess up the spread and set the announcer off? Or is this a decades-long hatred of the big, bad team from Fort Wayne that’s bubbled over into trashing a H.S. kid for dunking?

According to Extra Mustard, the unnamed announcer has since resigned from his post and the company that broadcasts the games, Wellscountyvoice.com, has issued an apology.

Is all of this being blown out of proportion? Absolutely. I had a baseball coach try and fight me back in high school because I told him he wasn’t a nice person. The dude literally charged me and was restrained by parents. He kept his job. This announcer had a bad night, something set him off, he didn’t use profanity, there’s no reason he should’ve lost his job after issuing an apology.