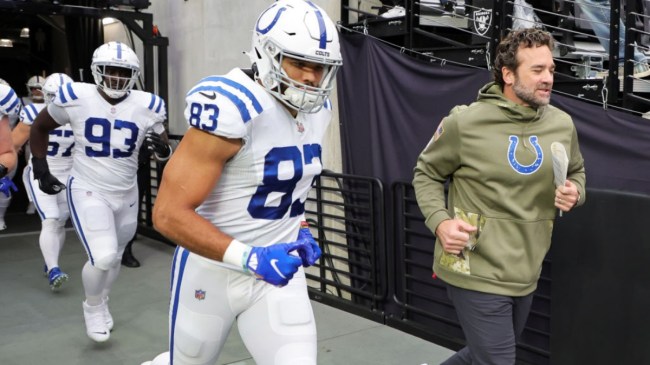 Last week, the Indianapolis Colts absolutely shocked the football world. Not only did they choose to fire head coach Frank Reich as the franchise struggled to overcome poor quarterback play from both Matt Ryan and Sam Ehlinger, but they also made a completely unexpected hire to replace him.

Instead of promoting one of the coaches already on their staff to serve as the interim head coach for the rest of the season, the Colts decided to hire Jeff Saturday, who had never coached at the college or NFL level.

The decision was widely met with criticism as many wondered how many available candidates that were more qualified were passed over for the job.

Today, the Fritz Pollard Alliance announced that they would be looking into the Colts’ hiring process to determine whether it conformed with NFL guidelines for hiring an interim coach.

Statement from the Fritz Pollard Alliance:

“In light of the recent interim head coaching hire in Indianapolis, the FPA has initiated an inquiry with the NFL into whether this hiring process conformed with NFL Hiring Guidelines for naming an interim Head Coach.”

Hiring practices in the NFL came under major scrutiny during the offseason because of Brian Flores’ lawsuit against the league, so this hire was certain to be looked into further.

Despite the backlash, the move has worked out pretty well for the Colts so far. In his first game in charge of the team, Jeff Saturday led the Colts to a 25-20 win over the Las Vegas Raiders. Unfortunately for Saturday, things will get much more difficult from here.

This weekend, the Colts welcome the Eagles to Indy and after that they still have games left against the Cowboys, Vikings, Giants, and Chargers.

After taking on that level of competition, we’ll learn what Saturday actually has to offer as a head coach.