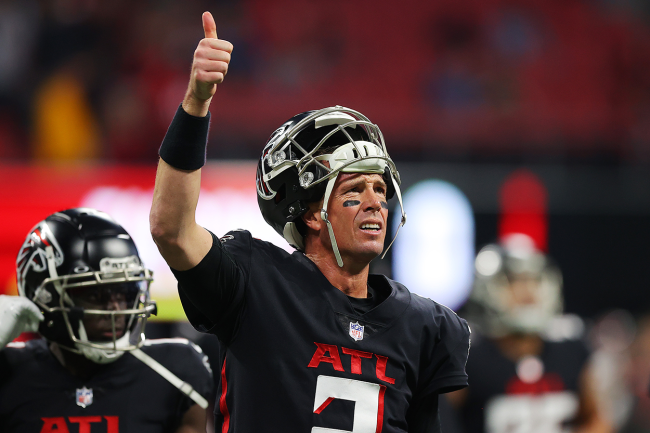 Matt Ryan is 36 years old, but he is just now beginning the second chapter of his NFL career. After spending 14 years in Atlanta as a member of the Falcons, the former No. 3 overall draft pick will spend 2022 and beyond in Indianapolis as a member of the Colts.

And it seems like he isn’t just a plug-and-play stopgap, the team has plans to keep him around into his 40s, if possible.

Prior to the 2020 season, the Colts signed a then-38-year-old Philip Rivers to a one-year deal. After the single year with Indianapolis, Rivers retired.

While speaking to the media after the 2022 NFL Draft, Colts owner Jim Irsay made it very clear that he has hopes to have Ryan as his starting quarterback for more than one year. He would like to get at least three years out of him.

When the team decided to move away from Carson Wentz, it did not have a plan for his replacement. Ryan quickly became that plan and Irsay is thrilled to have him on his roster.

“I can’t say enough about Matt Ryan,” Irsay said. “There’s no way I can sit here and explain to you, unless you look at [general manager] Chris [Ballard] and [coach] Frank [Reich] and different people in this organization eyes and see the difference that goes on right now because of Matt Ryan being in this building. His professionalism, his stature still at 36 and coming in here and we really are fortunate.”

Should all things go according to Irsay’s plan, he would like Ryan to play into his 40th year on the planet. That would require four full seasons.

“We hope Matt can be here for four years, maybe,” Irsay said.

In the meantime, the Colts will be actively searching for his replacement.

“We certainly have our radar out for a young guy that can be the long-term future,” Irsay said.

Does that mean that Indianapolis will draft a quarterback next year? Two years? Who knows. Ryan is the guy for now and there is no immediate future in which that changes.