Indians Fan Takes A Screamin’ Line Drive Off The Head And Does The Only Respectable Thing: Blames The Woman In Front Of Him 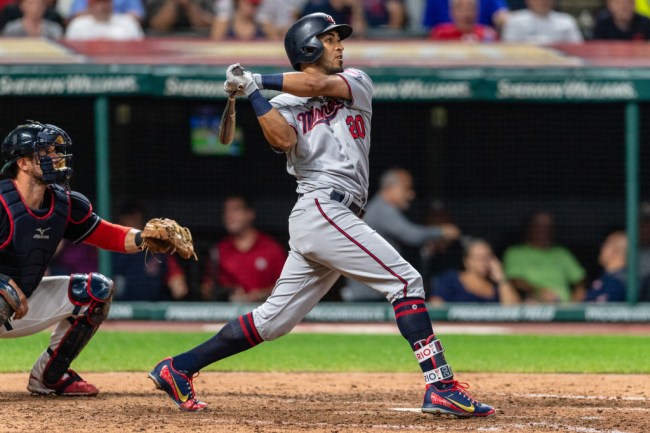 Every so often in this blogging life I live, I am forced to eat my words and swallow my pride. Today is one of those days. Just a mere hour after I shamed PGA golfer Patrick Reed for whining about being put in the “line drive section” at Fenway Park (after he was given free tickets by the PGA), I have been forced to consider that there is such thing as a “line drive section,” which poses more danger than any other seat in the ballpark.

I came to this humbling realization after I saw this video of a Cleveland Indians fan get drilled in the melon during his team’s contest against the Minnesota Twins. The fan, who was seated along the left field foul pole, should be in concussion protocol after a 300 foot rope off the bat of a Twins batter sailed through the inviting arms of a woman sitting in front of him and plunked him on the forehead.

So what did the man do in all his shame and embarrassment? Yep, you guessed it, he blamed the woman.

A fan just took a 300 ft foul ball to the dome. from sports

It must’ve taken everything in this dude’s power to sheepishly hand the ball to the woman who let her shot at a souvenir sail right through her hands into his frontal cortex. Blood must have been boiling.