Remember How Horace Grant Was Mad MJ Called Him A Snitch? Unearthed 1993 Article Hints That He Was 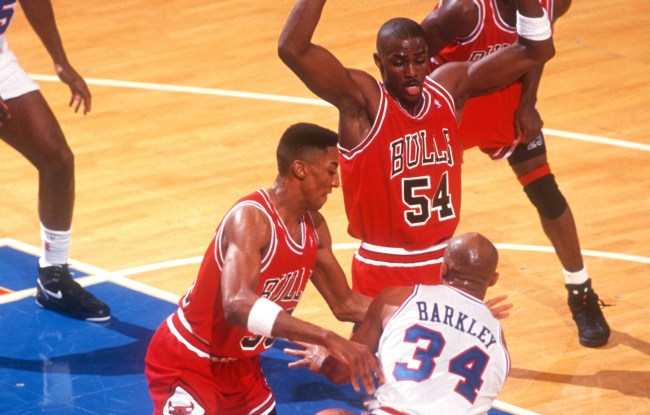 After watching Michael Jordan badmouth him in The Last Dance for allegedly spilling team secrets to author Sam Smith for his book The Jordan Rules, Horace Grant went after MJ, calling him a liar and a snitch for making those allegations.

Fast forward a week or so, and the internet, as it often does, unearthed some long ago forgotten information which makes a compelling case that Grant was indeed the one who leaked information to Sam Smith.

A recently unearthed 1993 article from the long defunct Inside Sports magazine reveals that Grant was, in fact, talking out of school about Bulls players and coaches to the media back in the day.

Back then, Grant openly told Inside Sports, “To be honest, Scottie has become arrogant and cocky, but that’s to be expected of people who can’t handle fame and fortune.”

Prior to that, Pippen was one of Grant’s best friends in the NBA, so this naturally caused a bit of strain in the relationship.

Pippen, while discussing Grant’s comment, told Jack McCallum in the Sports Illustrated article that referenced the Inside Sports story, “Horace told me he said that stuff a long time before. And I said, ‘Yeah, but you still said it, so evidently you meant it.’ It hurt. I won’t say it didn’t. I think it was a combination of a lot of things—frustration, maybe misinterpreting me a little bit and confusion over our friendship changing. Things aren’t the same as when we were young and it was Scottie and Horace, Horace and Scottie. We’ve outgrown that, and we both had to realize it. The important thing is that we’re still good friends and that we play well together.”

Any #ChicagoBulls fans out there remember this? pic.twitter.com/pQgcteRcRH

Pippen also made some very interesting comments about how dependent he had become on Michael Jordan as he made his way through his career.

Among them was this one: “I honestly don’t know whether I could function as a player away from Michael now,” Pippen admitted.

Based on the decline in his statistics after leaving the Bulls, and former Rockets teammate Matt Bullard’s comments, it sure looked like Pippen knew exactly what he was saying.