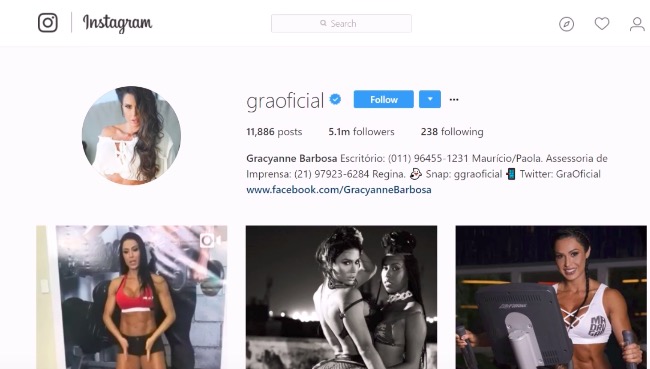 If you’re tapped into the powerlifting scene on social media then you’ve been seeing these scandals erupting lately. Just two weeks ago I brought you bros this story of powerlifter Bradley Castleberry getting called out for using fake plates while lifting on Instagram. Castleberry is an ‘Instagram famous’ weightlifter with a metric shit ton of followers, and he responded to attacks from critics by agreeing to do an NFL Combine-style weightlifting event against another respected lifter.

Now, another ‘Instagram Famous’ powerlifter has come under fire. Gracyanne Barbosa is a fitness model who has over 5 MILLION followers on Instagram. She is gorgeous, and she’s incredibly strong. But some are now claiming that she’s using fake plates for the lifts that she puts up on her Instagram page.

Nick’s Strength and Power, the same YouTube channel that called out Bradley Castleberry, put together this video above and it’s picking up hundreds of thousands of views overnight. It’s hard to say if people are tuning in for the controversy and genuinely care about whether or not Gracyanne Barbosa is using fake plates. Or if people are watching because they’ve seen Gracyanne’s Instagram pictures before, pics that look like this:

Fake plates or not, we can all agree that Gracyanne Barbosa is incredibly jacked. She’s approximately 225% stronger than the average adult male, based on my very scientific calculations. She is currently getting dragged hard for possibly using fake plates, an issue that the weightlifting industry as a whole seems to be combating in full force. Let’s not pile it on, shall we? Can’t we just appreciate her for being a total badass in the weight room even if a fake plate occasionally makes its way to the bar so she can juice those Instagram views? I’ll take someone posing with fake plates over those people who pose with fish they didn’t catch all day.